Why did we build Azure Logic Apps Monitoring in BizTalk360? 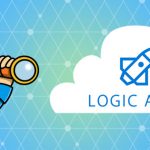 Traditionally, a lot of system integration happened on-premise. When integration with partners or external systems was the need of the hour, this was achieved using SOAP/REST/HTTP/FTP/SFTP etc.

With the rise and adaption of cloud technologies like Amazon AWS and Microsoft Azure, cloud solutions became more and more capable to support scenarios where on-premise systems needed to interface to the on-premise systems of your partner(s) or with SaaS solutions like Office365 and SalesForce.

Microsoft is positioning Azure Logic Apps as the integration platform in the cloud mainly for connecting SaaS based solutions like Dynamics 365, Salesforce, ServiceNow, Workday etc.

So it becomes very important to have a management/monitoring platform that’s capable of supporting both on-premise BizTalk Server and Azure Logic Apps from a single place.

Azure Logic Apps provide a great way to extend your integration scenarios and capabilities to the cloud. However, from an operational and monitoring perspective, the Azure Portal is yet another portal the BizTalk Administrators need to be aware of and fit in their daily tasks.

So, besides their on-premises oriented BizTalk Server monitoring, organizations now also need to monitor their Hybrid solutions (which involve Azure Logic Apps) as events might occur they want to know about.

As it would take too much time to regularly check this kind of scenarios to take place, an administrator just wants to be informed automatically when these kind of events occur. You can use some of the monitoring features of Azure Portal, but you’ll not get the end to end visibility and it will operate on silo without giving the full context.

At BizTalk360, we are closely following the trends in the integration landscape. We can clearly spot the necessity of using Azure Logic Apps in enterprise integration scenario along with BizTalk Server.

A Logic App can have the following two states:

Auto Correct
BizTalk360 has developed the Auto Correct feature for state-bound artifact monitoring. The feature allows you to let BizTalk360 try to bring the state bound artifact back to the expected state, once the artifact gets into the undesired state. This feature exists for the following artifact types:

Multiple Azure Subscriptions
You might have multiple Azure subscriptions which contain different Azure Logic Apps. You can register all the relevant subscription and attach them to corresponding BizTalk Server environments within BizTalk360. This provides a seamless management/monitoring experience.

With Data Monitoring of Azure Logic Apps, you can monitor for example whether:

The above scenarios are just an example – there are many more combinations.

Data Monitoring of Logic Apps will be discussed in more detail in another article, but here we just wanted to reveal a bit of that feature.

With the rise of Hybrid integration solutions, the job of BizTalk administrators has extended to the (Azure) cloud. BizTalk360 helps these administrators by providing operational and monitoring support for a number of Azure services, thereby taking away the need to constantly have to check the Azure portal to be aware of the health of these services.

In this article, we discussed the state monitoring capability of Azure Logic Apps. If you want to read more about the other Azure services BizTalk360 supports, just follow the articles in the Why did we built series.

You can read more on setting up Azure Logic Apps monitoring on our Documentation portal.