When to use Logic Apps vs BizTalk Server 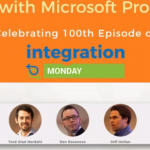 Now a days, this is a very common and valid question in the BizTalk community, both for existing BizTalk customer and for new one too.

Here is what Tord answered in the open Q&A with product group at 100th Episode of integration Monday.  Check at ~ 30.30 minutes of the video.

If your solution need to communicate with SaaS application, Azure workloads and cloud business partners (B2B) all in cloud then you should use Azure Logic Apps, but if you are doing lot of integration with on-premise processing by communicating with on-premise LOB applications, then BizTalk is the pretty good option. You can use both if you are doing hybrid integration.

So basically, it depends on scenario to scenario based on your need and architecture of your solution.

Many enterprises now use a multitude of cloud-based SaaS services, and being able to integrate these services and resources can become complex. This is where the native capability of Logic Apps can help by providing connectors for most enterprise and social services and to orchestrate the business process flows graphically. 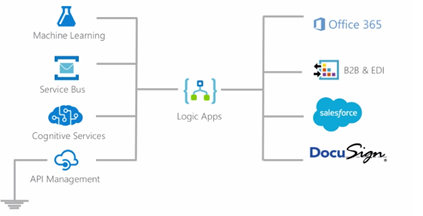 If your resources are all based in the cloud, then Logic Apps is a definite candidate to use as an integration engine.

Rapid development: Using the visual designer with drag and drop connectors, you design your workflows without any coding using a top-down design flow. To get started, Microsoft has many templates available in the marketplace that can be used as is, or modified to suit your requirements. There are templates available for Enterprise SaaS services, common integration patterns, Message routing, DevOps, and social media services.

Auditing: Logic Apps have built-in auditing of all management operations. Date and time when workflow process was triggered and the duration of the process. Use the trigger history of a Logic App to determine the activity status:

A run history is also available for every trigger event. From this information, you can determine if the workflow process succeeded, failed, cancelled, or is still running.

Role-based access control (RBAC): Using RBAC in the Azure portal, specific components of the workflow can be locked down to specific users. Custom RBAC roles are also possible if none of the built-in roles fulfills your requirements.

Microsoft managed connectors: There are several connectors available from the Azure Marketplace for both enterprise and social services, and the list is continuously growing. The development community also contributes to this growing list of available connectors as well.

Serverless scaling: Automatic and built in on any tier.

Resiliency: Logic Apps are built on top of Azure’s infrastructure, which provides a high degree of resiliency and disaster recovery.

There are also some concerns while working with Logic Apps, shared by Microsoft IT team at INTEGRATE 2017 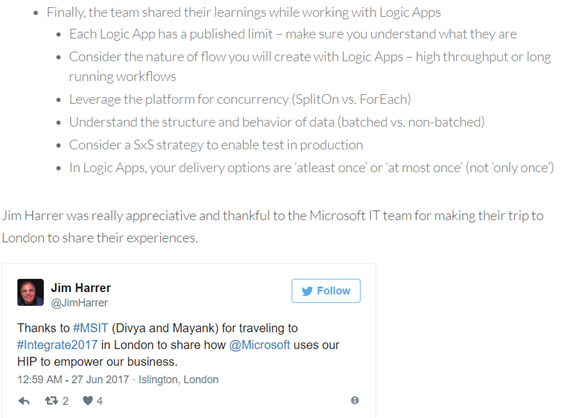 You can also refer the book, Robust cloud integration with Azure to understand and get started with integration in cloud. 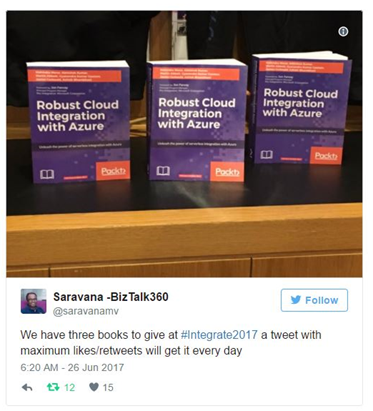 When you have, resources scattered in the cloud and on premise, then you may want to consider BizTalk as a choice for this type of hybrid integration along with Logic Apps. 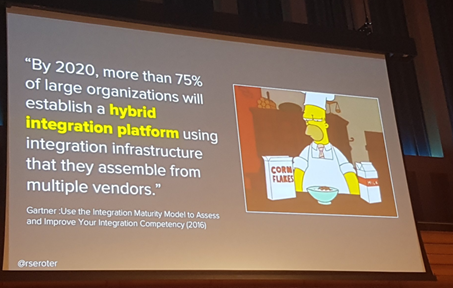 The days of building monolithic applications are slowly diminishing as more enterprises see the value of consuming SaaS as an alternative to investing large amounts of capex to buy Commercial Off the Self (COTS) applications. This is where Logic Apps can play a large part by integrating multiple SaaS solutions together to form a complete solution.

BizTalk Server has been around since 2000, and there have been several new products releases since then. It is a very mature platform with excellent enterprise integration capabilities.

Below is a short comparison matrix between BizTalk and Logic Apps: 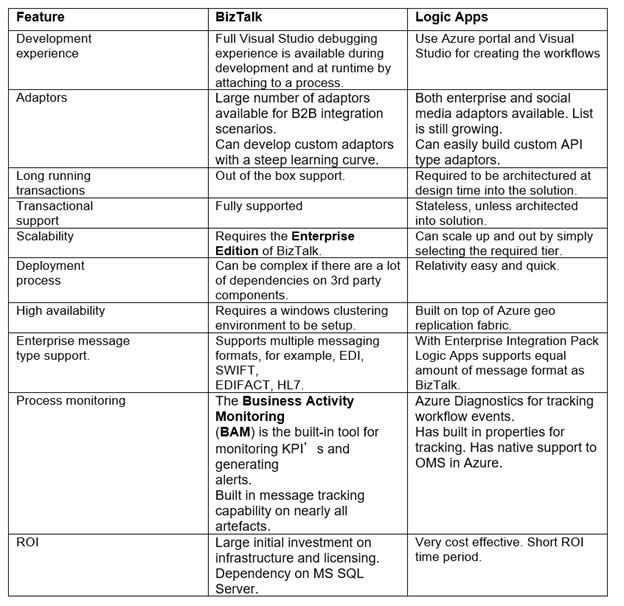 Microsoft Integration platform has all the option for all kind of customer’s integration need. 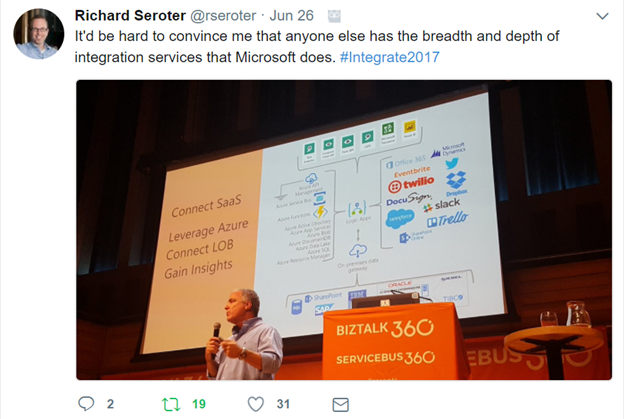