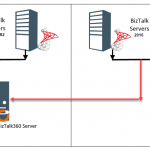 BizTalk360 is the one-stop monitoring tool for monitoring BizTalk server. It is possible to configure more than one BizTalk environments and monitor them in a single instance of BizTalk360. Recently in BizTalk360 technical product support, we received quite a few tickets regarding the BizTalk Server upgrade process. Some of the customers would like to test if their newly configured BizTalk environment is working as excepted and running without any issues. Also, the customer would like to test the new server using BizTalk360 as they like to monitor in future. 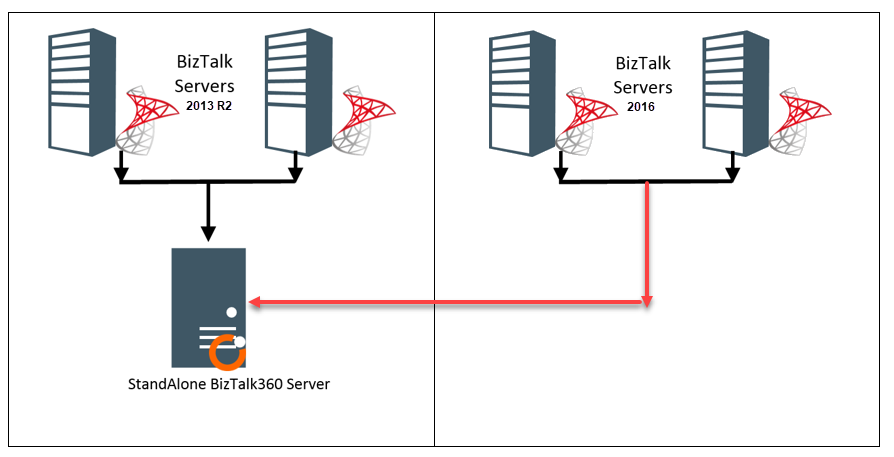 What happens in BizTalk server? 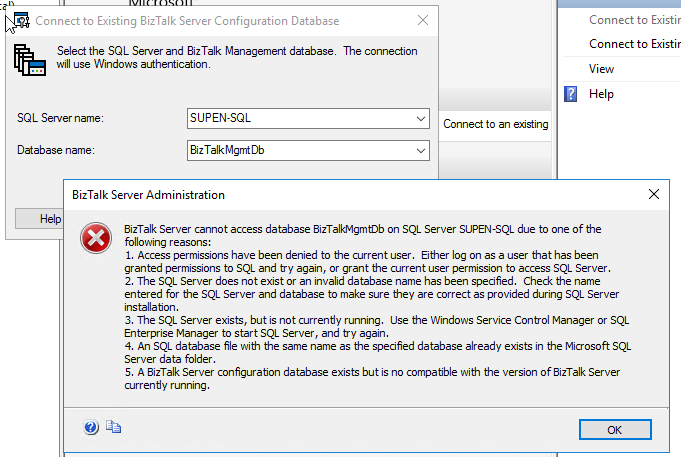 At the same time when you connect to the BizTalk server 2013R2, you will not face any problem in connecting to the existing database.

The reason behind this is, when you try to connect the existing database, it will verify the table BizTalkDBVersion in BizTalkMgmtDb database to confirm if the database version and the application version are same. If there is a difference it will throw an exception while connecting.

This is what happens in BizTalk360:

When you are trying to add another environment with different BizTalk Server version you will face the same exception and BizTalk360 will convey the exact problem with the below exception message.

What about the BizTalk admin components:

So, when the BizTalk server and admin components are upgraded, the above-mentioned values must be changed manually in the BizTalk360 database for the new version to come into effect. The steps to be followed are:

1.We must deactivate the BizTalk360 license.

But however, BizTalk360 can monitor multiple BizTalk environments with the same BizTalk server version. Hence, if you want to monitor different BizTalk server versions, there must be different installations of BizTalk360 for each BizTalk version with the respective BizTalk version components installed on the BizTalk360 machine. This way the database incompatibility error will be avoided. But we can monitor multiple BizTalk environments of the same version within the single instance of BizTalk360.

Sivaramakrishnan is our Support Engineer with quite a few certifications under his belt. He has been instrumental in handling the customer support area. He believes Travelling makes happy of anyone. View all posts by Sivaramakrishnan Arumugam