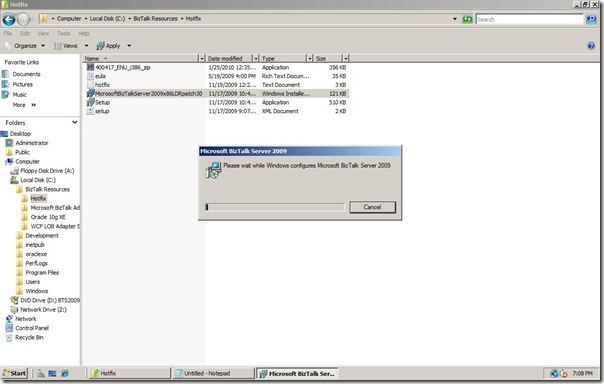 I am currently quite active on BizTalk forums and must say it is a great experience for me helping out people in field. It gives me great satisfaction to be able to share some of experience and knowlegde around BizTalk Server and integration. You see some people having difficulties around VS 2008 and BizTalk Server 2009: like broken schema references. There is a hotfix out that will, I quote:

“On a computer that is running Microsoft BizTalk Server 2009, you use Microsoft Visual Studio to develop a BizTalk application. In your BizTalk project, you add a reference to another BizTalk project. In this scenario, you may see the following behavior:

belong to the past. You will need to send request to Microsoft to download it. Once you have it you can apply it on your machine. Extract hotfix zipfile type in password Microsoft has sent via email (with download link).

You can check if has applied it by going to file directory of Microsoft.visualstudio.biztalkproject.dll (see screen below). 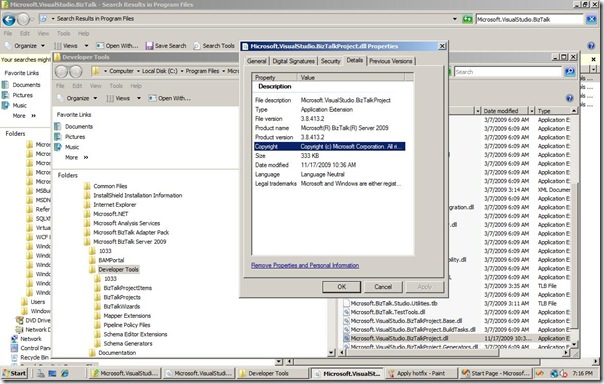 Hopefully this hotfix will give BizTalk Developers less pain and make them more productive.