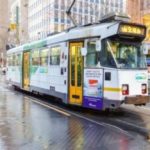 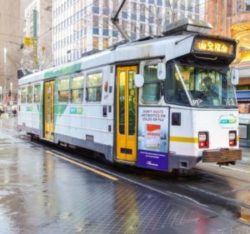 I realize that several other of the Host form this years Global Integration Bootcamp Cities have posted recaps, mine is going to be a bit different, more about why these local events are import and valuable for the attendees and how they happen.

Again this year I organized the Melbourne, Australia city of the Global Integration Bootcamp, the biggest issue every year is finding a venue, this year we used The Cluster on Queens street in Melbourne, thanks to Mexia for sponsoring the venue, biggest issue out of the way.  The other sponsorship that is need is food, we thought the Microsoft was going to come thought with the Subway offer like they did for user groups, but for whatever reason that did not happen this year, so SixPivot, came to the party and covered the food, thanks Faith.

The next thing to organize was speakers, a big thanks goes out to Paco for stepping up and organizing the morning sessions with help of his colleagues from Mexia: Prasoon and Gavin.  For the remaining 3 session I went a little away from the global agenda and invited Simon Lamb from Microsoft to talk about VSTS build and release of ARM Templates, Jorge Arteiro contacted me about giving a talk about Open Service Broker for Azure with AKS, something different for the Melbourne attendees.  I decided that we always have people that are using BizTalk so I decided that the final talk that I would do would be “What’s new in Azure API Management and BizTalk”,  the API Management part of the talk was also BizTalk focused around BizTalk.

The recording from the talks can be found currently at SixPivot GoToWebinar site they will eventually be moved to YouTube and the links will be posted here.

The key ingredient to a successful local event is the attendees, once the registration site went up, the registrations poured in and we eventually issued all 70 tickets (venue holds between 55-60) so we typically expect a 30% to 35% no-show rate for free events, we decided to enable the waitlist feature and released an additional 20 tickets, for a total of 90 (it turns out not to be 90 there were a few duplicate registrations).  So the days before the event planning everything I was a bit nervous that more than 60 people might show up, but I figure that we would just make it work.

On the day everything got started of really good, we ended up with a total attendance of 37 people including speakers.  I think it was one of the most engaged audience that I have every had a pleasure to be a part of for a hand-on-day event, Thank you very much, but I was still a bit disappointed that we had over a 50% no-show rate, I need to figure out a way to help prevent this in future events, so if anyone has any suggestion please contact me.

The networking that took place during the breaks was great and I really think that it this is one of the key ingredients of a good technical event, I hope all of the attendees enjoyed this aspect of the event.

Thanks again to everyone that help may Global Integration Bootcamp 2018 Melbourne the success that it was again this year.