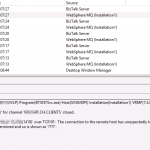 My current customer has an integration landscape with a lot of IBM WebSphere MQ. After an upgrade to IBM WebSphere MQ 9 of a certain queue manager, we were no longer able to receive messages from a queue that was working perfectly before the upgrade. Sending was still working as before.

Our eventlog was full of these:

This setup was still working perfectly with IBM WebSphere MQ 7 and 8 queue managers. I also tried to update the MQ client to a higher version (8.0.0.7), but this resulted in even more errors…

The Solution: Host Integration Server (HIS) 2016

When you take a look at the System Requirements of HIS 2016 you see that it supports MQ 8. No mention of  MQ 9, I know… But it also supports BizTalk Server 2013R2! At this point we really needed a solution, so we took it for a spin!

I installed and configured everything in following order (the installation is always very import!):

For HIS 2016 I used the following minimal installation (as we only require the MQSC Adapter): 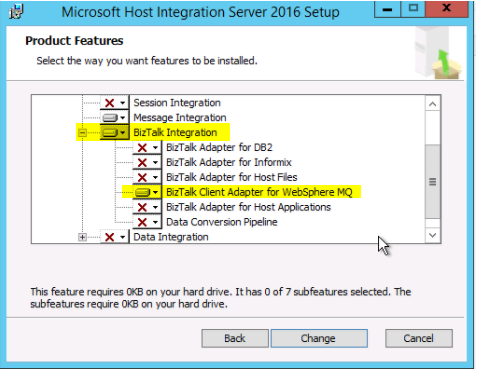 After all of this I was able to successfully do the following: 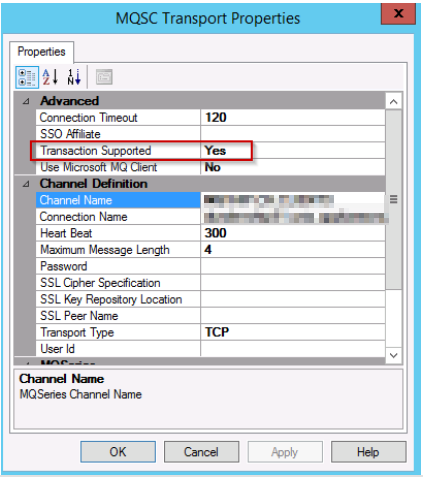 At the end we reached our goal and were able to send and receive messages from an IBM WebSphere MQ 9 queue with BizTalk Server 2013R2.

Some people may ask why I didn’t use the Microsoft MQ Client. Well, I didn’t work straight away and we agreed to not further research this as we already started our migration project to BizTalk Server 2016.