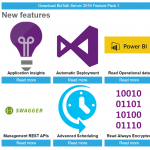 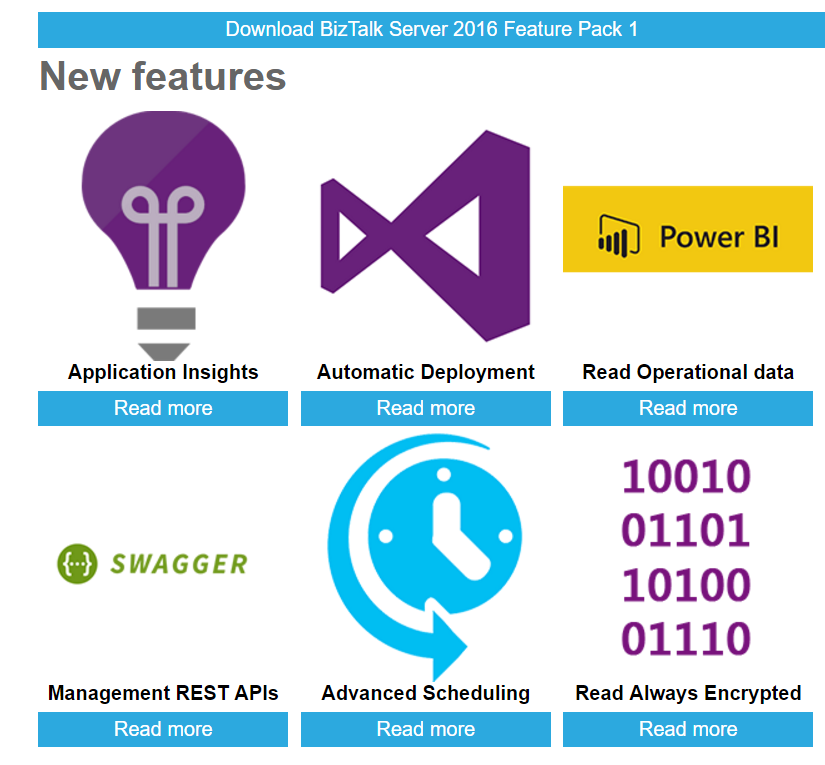 I’m was particularly interested in the Management REST APIs, because at the current customer our team has spent a lot of time developing a custom API on top of the ExplorerOM and Operations DLLs. So maybe we could learn something the way Microsoft did this.

I went to this page on MSDN for the installer instructions. Also BizTalk360 has a nice write up about this topic here.

Bot guidelines are NOT complete and are missing the part were you also need to install the ‘OperationalData’ service via a second command.

To install both the ManagmentService and the OperationalDataService, you need to do it like this: 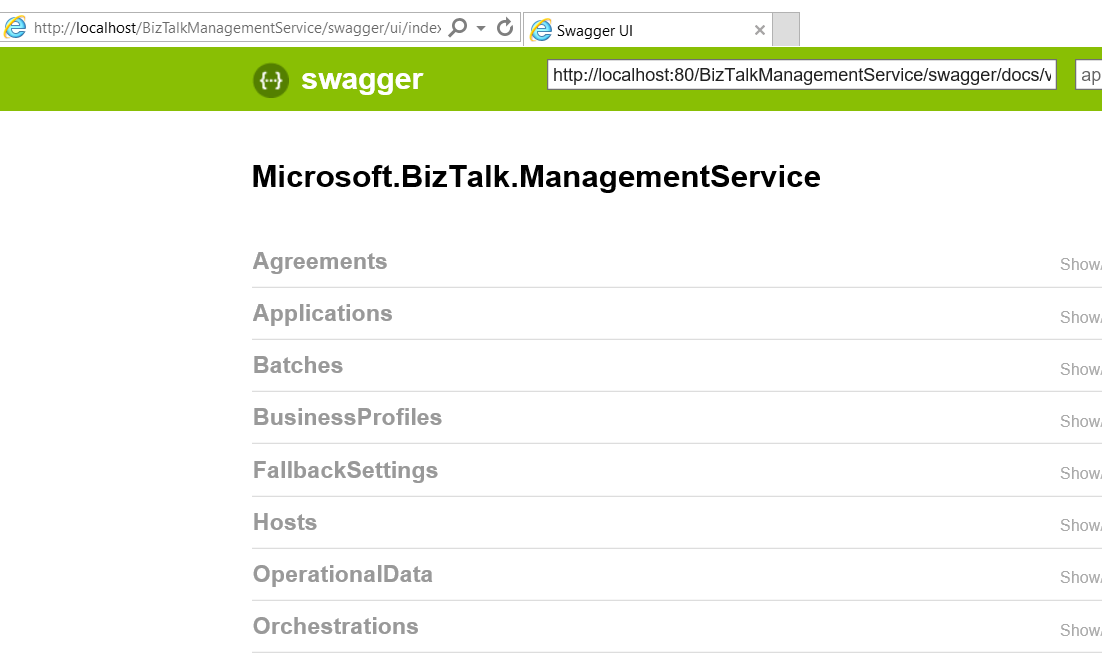 The complete list of available operations is also viewable on MSDN here.

After giving it a quick spin, i can conclude that it works great and all methods are doing as they are supposed.
But what about HostInstances? It would be very nice to be able to manage them as well via this new API. Just my 2 cents!