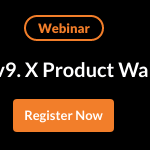 Working in Kovai.co provides a lot of opportunities to learn and explore new things. I’m sure within Kovai.co your job role doesn’t decide your day to day work routine. Click here to know more about the work culture. Recently we had an opportunity to work in Microsoft Azure Marketplace and interestingly we came across a new case related to IIS configuration.
In this blog, I’m going to share my experience in creating a Marketplace installer for BizTalk360 and how we solved the challenge.

There are various deployment choices for BizTalk360. To fulfill all the customer needs, there are several ways to install BizTalk360 and we provide different types of installer options:

For an overview please check here. 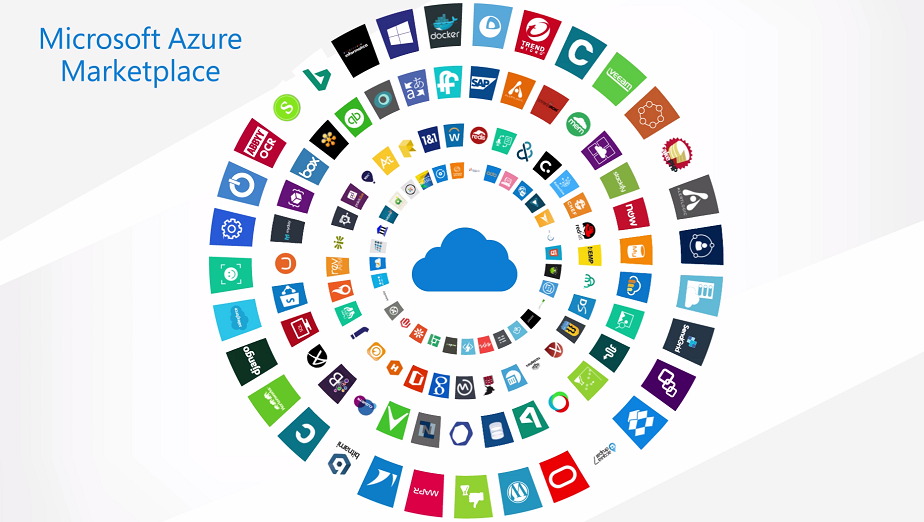 The Microsoft Azure Marketplace is an online store that offers applications and services either built on or designed to integrate with Microsoft’s public cloud computing platform.

The products and services offered through the Microsoft Azure Marketplace come from either Microsoft or its technology partners.

Before they become available for purchase on the Marketplace, all services and products are certified through the Microsoft Azure Certified program to ensure compatibility with the Azure public cloud.

So, our task is to make BizTalk360 support the BizTalk Server 2016 installations on Microsoft Azure. For this, we must provision a complete virtual machine for the BizTalk server 2016 along with the pre-requisites to install BizTalk360. To know more about the BizTalk360 Azure marketplace installer please check here.

Since it’s a vast process, here we would like to give a general step that required to create a managed or an unmanaged image from a generalized VHD. 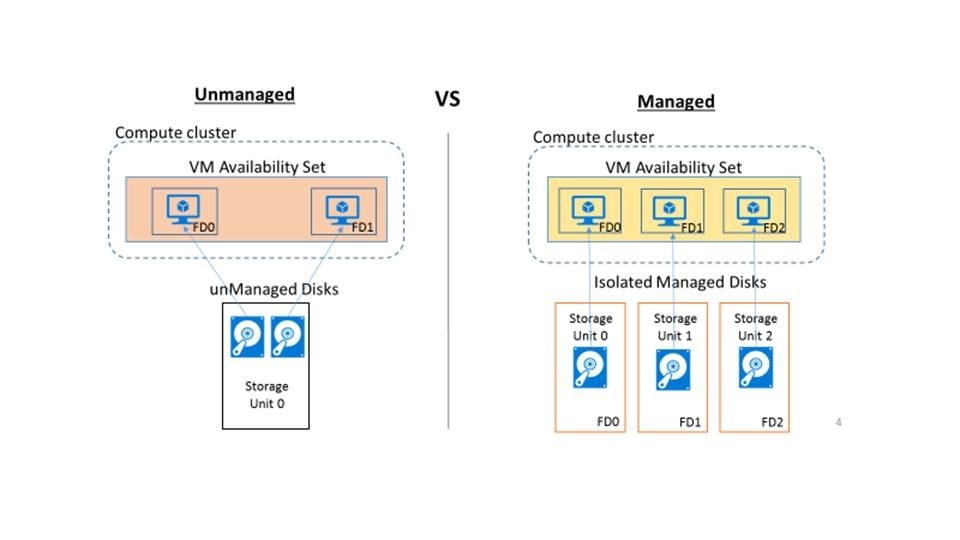 Capture the VM image (for a managed database)

Generalize the VM image (for an unmanaged database)

Once after uploading the VM image into the Marketplace, before getting into public, the images will be available in preview items (inclusively for testing) for the configured subscriptions.

During the testing, we have tried installing BizTalk360 to verify the BizTalk360 is installing automatically without any issues. Without any problem, the BizTalk360 installed its services and created a database. But it failed to create the website. In the installation log, we have found error lines (some may face different error code) to the following:

We are able to understand that the problem is not due to the creation of the Website but during the changes in it. To drill down the problem, we tried to create a web pool manually and changed its identity. During the change, we faced an exception below. 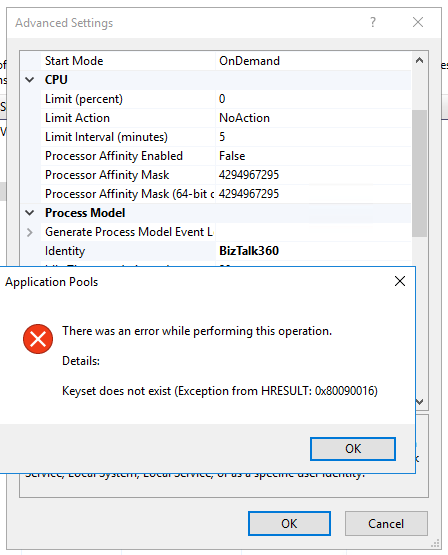 You may face this specific issue when you are running IIS 7+ and versions. When we try to change the application pool identity of an application pool to a domain account, we get the above error while committing the changes.

The error code might change according to your machine operating system and IIS version, but you will get the text as keyset does not exist while trying to update the application pool identity with a custom account or while trying to specify a connect as a user. You might also get the below error codes:

Cause of the problem

The location of the key depends on the operating system (from Windows server 2012 onward) is basically C:ProgramDataMicrosoftCryptoRSAMachineKeys

The BizTalk360 service should be the LOCAL SERVICE account of the IIS Web Management Service (also known as WMSvc). This problem occurs because the SERVICE account does not have Read access on the iisWasKey key.

Check if the metabase.xml is corrupted or if c2319c42033a5ca7f44e731bfd3fa2b5_GUID is corrupted. In IIS any sensitive data like passwords won’t be stored in plain text and will have to be encrypted before it is stored in the config file and get decrypted accordingly when needed.

Most suggest to rebuild or reinstall IIS

. But what if reinstalling IIS is not an option?

How we solved the case

We can regenerate these machine keys without reinstalling IIS completely. To do that follow the below steps.

1. Rename the below files or move them to a different location from C:ProgramDataMicrosoftCryptoRSAMachineKeys. This time I don’t want to take the risk, so I just took existing machine keys as a backup.

3. Open a command prompt in admin mode and run the below command

Now you will receive a message “the error Failed = 0x80070005”. Even though it shows a failure message, the above steps should regenerate the machine keys and the configprotecteddata section in applicationhost.config.

If the above suggestions don’t help, the most preferable option would be to reinstall IIS to fix the corruption (no other go).

Fix in the Marketplace

From my understanding, the machine keys might be corrupted due to an improper shutdown of the machine. Because we used the Sysprep command to generalize the VM.

The above command helped the image to remove computer-specific information such as installed drivers and the computer security identifier (SID).

Once after running the sysprep.exe command, we faced the WriteIIS7ConfigChanges exception. So, to fix the issue, we used the below registry command to regenerate the machine keys during the machine provision/first-time launch. 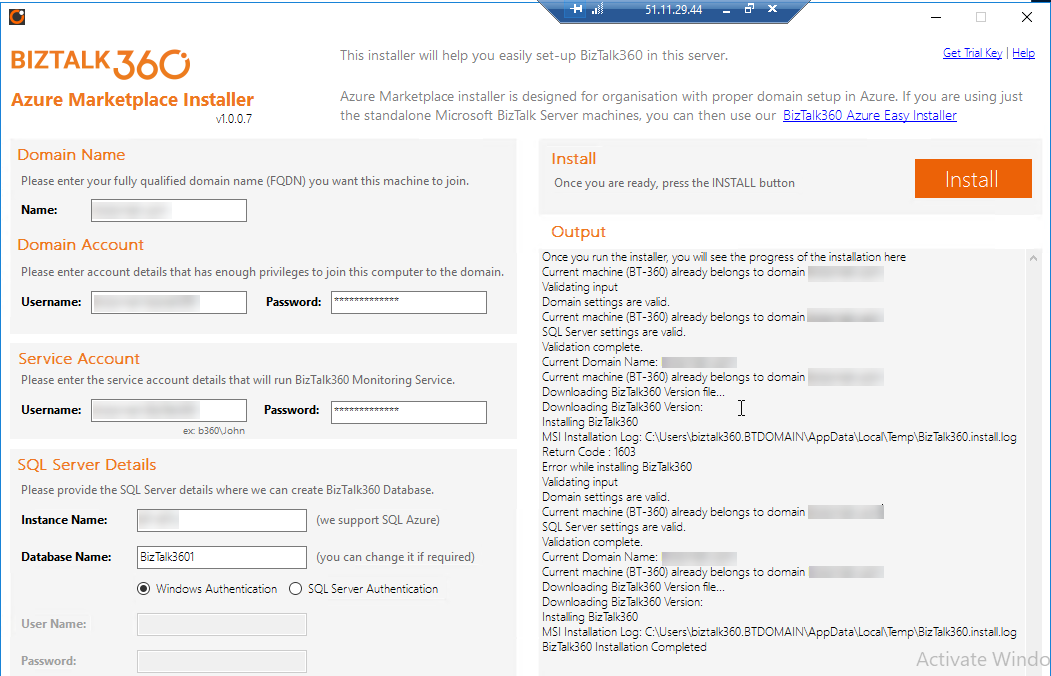 Keeping the user perspective in mind, we have built various deployment choices for BizTalk360 customers which would ease the installation and provide a user-friendly experience. You are just one click away from provisioning a brand new BizTalk360 VM in Microsoft Azure.

I want to take this opportunity once again to thank everyone in and out of Kovai.co for this wonderful opportunity and believing in us. We are looking forward, for many more opportunities.