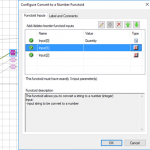 It’s been a while since I don’t make any changes to one of my favorite pet projects: BizTalk Mapper Extensions UtilityPack! Today I’m happy to announce the release of a new BizTalk Functoid: Convert to a Number Functoid.

Note: And it will not be the only one, soon I will release two new Functoids that I’m working on.

Today I was working on a map that I had the need to transform several numbers delivers in a string with a decimal format:

to an Oracle NUMBER(x) – without decimals.

Initial, I thought in create a Scripting Functoid and reuse it inside the map for each element. However, I realize that I will have to use the same transformation in different maps… so I end up creating this simple Functoid.

Convert to a Number Functoid

The output of the functoid will be a Number (integer), example: 1234 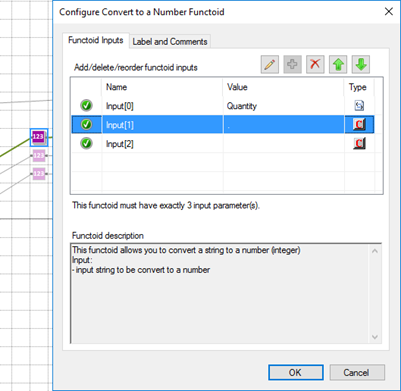 In this sample described in the picture above we are receiving a string with a decimal: “1.000” and we want to transform into “1”. So, in this case, the functoid configuration will be:

BizTalk Mapper Extensions UtilityPack is a set of libraries with several useful functoids to include and use it in a map, which will provide an extension of BizTalk Mapper capabilities.

You can download this functoid along with all the existing one on the BizTalk Mapper Extensions UtilityPack  here: