And finally the BizTalkCrew 2013 tour is over! Like last year this was a European tour that started in London (UK) with our BizTalk Summit 2013 with an astounding audience of 128 attendees from more than 70 different companies across 16 countries. Then for the first time we held the event in the beautiful city […]

I’m happy to make public the latest version of MsgBoxViewer which provides lot of great new features that I detail below.

For those who don’t  dont know yet the tool, MsgBoxViewer (aka ”MBV”) is a known tool to do a complete analysis of a BizTalk group, whether it is in Production or not and supporting all versions of BizTalk since BizTalk Server 2004.
The tool is generating friendly HTML reports containing lot of information about a BizTalk group but also raising non-critical and critical warnings.

MBV is drawing now a topology driagram if you choose to generate the Topology Report.
This diagram is quite basic in its first version  but  makes easier the understanding of the topology.it will be richer in the futur versions.
The idea is to represent graphically the topology of the BizTalk group analyzed and present the BizTalk Servers  and the SQL Servers hosting the BizTalk databases , but also the servers source or destination of messages.
Each BTS or SQL server in the diagram provides a hyper link to display the details of the server.

This feature was demanded by many users who wanted a periodic monitoring solution of their BizTalk Platform and be auto-alerted of warnings detected.
MBV, in its GUI versions, provides so a profile option to enable that feature and additional options to configure a SMTP server, port, user, pwd, subject, recipients,etc.. .
All these options are saved in an MBV profile so you can configure different values depending of the selected profile.

Once enabled, that feature will automatically send by mail to the recipient(s) of your choice the Dashboard and the Warnings report.You do not have anymore so use a third party solution to send MBV reports by mail.
The subject of the mail will inform if critical warnings were detected (thanks to Stephane Aubonnet, one of my customers I’m working with, for that suggestion).
To keep sending small mails, the full MBV report is not attached to the mail knowing that the dashboard and warnings reports are enough to have a good quick view on the health of the Platform; Maybe in a next version I will provide an extra option to attach it.

MBV provides two more options to allow disabling the dialogbox displayed at the end of a collect and disabling the automatic open of the generated HTML report.

Note: These options are saved in the registry and so are independant of MBV profiles.

Header, Dashboard, and Summary/Warnings can now be saved into a SQL Database

I found useful the possibility to store into a SQL database each main sections of an MBV report to be able then to make some statistics and be ble to compare the state of the platform between dates.

MBV provides so, still in an MBV profile, a such option.
Once this option enabled, MBV at the end of a collect will store in a SQL Db of your choice and on a SQL Server of your choice the Header report, the Summary Report, the Warnings report, and finally the Dashboard report.
This process is fast, transparent for you and done automatically at the end of each collect if the MBV profile used enable that feature of course.

The schema of the database to store these reports is quite simple and creates only 4 tables, one for each report to be saved.
Each row of each table represents an entry in the corresponding HTML report and a “Date” column store the date of the report generation.
You can so make simple queries to extract information about a report generated at a specific date for example.
Querying the dasboard table can be so very interesting to compare the size of the BizTlak databases at different dates, and then using Reporting services, you can really generate nice reports about the evolution of your BizTlak platorm.

MBV GUI can reload existing Header, Dashboard, and Summary/Warnings from a SQL database

MBV, in its GUI version, provides the possibility to re-load from the MBV SQL database the main reports of an existing collect.
The main tab “Reports” provides at the bottom a combobox which will list all the dates of the reports found in the MBV store SQL database.
Selecting a date in the combobox will re-load so the reports and display them in the corresponding tabs of MBV.

Note: The SQL server and SQL database used to search for these dates and reports are saved in the registry and are independant of the MBV profiles.

I think really that these additional features can help you implementing a complete monitoring solution of your BizTalk platforrm, complementing SCOM  and its BizTalk Mgmt Pack,  and reduce so the risks to have critcal issues raised .
Furthermore, the possibility to store in SQL Db the important sections of each MBV reports collected will help you to follow the evolution of your BizTalk Platform.

As usual, feel free to report me your comments  & issues about the tool and any suggestions are welcome if they are useful for the all the BizTalk community

Hello! As you all know there has been a lot of questions regarding BizTalk Server 2013 Developer edition, if you have an MSDN Subscription you can download it, it’s available! According to Microsoft there will be a release of BizTalk Server 2013 for a developer without MSDN and the fee for it will be around […]
Blog Post by: Tord Glad Nordahl 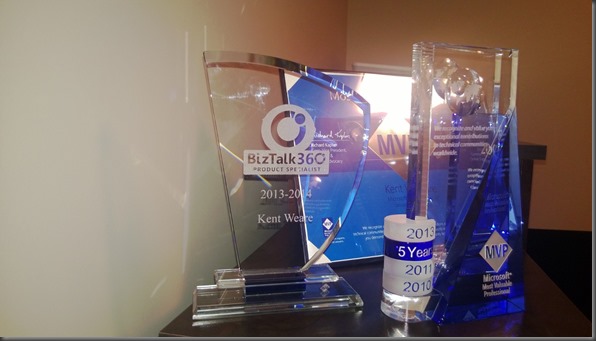 This post is long overdue but I felt it was necessary to create.  Back in April, 2013 Saravana Kumar and the BizTalk360 team introduced the BizTalk360 Product Specialist award.  The primary objective of the program is to honour individuals who have gained adequate knowledge in installing, configuring and implementing BizTalk360 solution at customer sites.

I have blogged( here, here and even wrote a whitepaper )  about some of my experiences with BizTalk360 in the past on this blog and am a strong supporter of the product.  I have seen the benefits first hand while leading teams who are responsible for the operational support of busy BizTalk environments.  I have also witnessed the adoption by non-BizTalk experts and seen their productivity increase without being intimidated by larger, complex monitoring solutions.

Recently I introduced BizTalk to a new organization and this was a tool that would provide immediate benefit.  Sure enough it did, we had a source system experience issues that led to some suspended messages.  The BizTalk team knew about the issues going on in that system before the system owners did.  The end result was that the issues in the source system could be identified and resolved quickly, limiting the disruption to the business.

While I was in Norway, Saravana had a bit of a surprise for me and that was some hardware to keep my MVP awards company. I just wanted to take this opportunity to thank Saravana and the rest of the BizTalk360 team for their recognition and I am looking forward to working with Version 7.0 of the product. I got a sneak peak of the application while in Norway and it looks great.

Evolution of BizTalk360 HTML5 UI from idea to reality

I’m a big fan of great UI designs, in-fact it used to be one of my hobbies to play with new UI designs and do some part-time projects, that’s how BizTalk360 was born. I didn’t hire any graphics designers when I started BizTalk360 3 years ago, of course that time I couldn’t afford to have […]

The post Evolution of BizTalk360 HTML5 UI from idea to reality appeared first on BizTalk360 Blog.

This post is the twenty-second in a weekly series intended to briefly spotlight those things that you need to know about new features in BizTalk Server 2013. Since the last BizTalk Summit, there has been a lot of coverage within the greater BizTalk Community of Windows Azure BizTalk Services – the Azure-backed offering that brings […]

We have a need to store sales data for a company. In this company sales are measured by territories, which are represented by offices. Offices have a hierarchy which forms the territories and we need to be able to represent this hierarchy in our data model in order to correctly report sales data.
Let’s take the […]
Blog Post by: Mark Lee

The topic is an old debate in the software industry, we have been listening to SOA experts to use modern technologies like web services, SOA middleware products while from an archaic we would listen terms like queues, reliable messaging etc. This post will try to differentiate between these concepts, their advantages and disadvantages and probably […]

One of the principal needs for BizTalk Administrators is the ability to monitor the health of BizTalk environments and react promptly to possible problems, you can accomplished this by using certain tools such as: BizTalk Administration Console; BizTalk360; SCOM and many more However, unfortunately many times, some of these tools are not available for us […]