Why did we expose all of our BizTalk Operations and Management REST API’s? 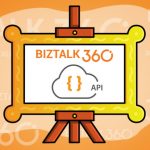 On a daily base, our customers use BizTalk360 for a lot of their activities related to BizTalk operations and monitoring. However, in a number of scenarios, BizTalk administrators are faced with activities which need to be automated, for example: during the deployment of BizTalk Applications. It is easy to forget some tasks and doing them manually can be error-prone. So, it may be better to address such challenges in an automated way.

Because of the nature of this kind of scenarios, the administrators would need programmatically access to BizTalk server and rely on command files or PowerShell scripts to be able to fulfil the requirements.

What are the current options and challenges?

BizTalk Server comes with different tooling for programmatic access to BizTalk Server. This tooling is described below.

Let’s briefly discuss the purpose of both WMI and ExplorerOM:

There is also a community initiative to provide a BizTalk PowerShell provider so you can execute some of the management tasks using PowerShell (since PS has become the core of any automated administrative tasks). However, the project is not actively maintained anymore and it’s not advisable to rely on this for any critical usage.

This Management API enables you to perform some of the scenarios which we mentioned in the first paragraph but still lacks API’s to do extensive automation. For example, stop and start host instances.

So, although BizTalk Server comes with multiple capabilities for programmatic access to BizTalk Server, writing and testing all kind of scripts is time-consuming and not all scenarios can be covered.
Even when these custom scripts seem to work nicely, non-functional requirements, like security, auditing and logging, are not taken into account in these kinds of scripts. This would leave you in the dark when something unexpected happens. Definitely, not a scenario where you want to be.

The API service layer consists of over 400 REST API operations. The user interface of BizTalk360 uses these extremely rich API’s to perform all the tasks to manage the BizTalk environment.

A couple of years ago, we thought, exposing our API’s will hugely help BizTalk Server Administrators to automate most of their routine activities we mentioned in the beginning.  Hence we documented all the BizTalk360 API’s (which are of course the management and monitoring API’s for your BizTalk Environment) using swagger and live test within the BizTalk360 application.

The API currently contains 14 services with more than 400 API operations, covering a breath of management activities you can do on your BizTalk Environment. To give you a better understanding of the capabilities, these services are:

With the API you cannot just retrieve information from BizTalk via GET operations, but you can also action on BizTalk Server, BizTalk360 and even certain Azure services via POST operations. 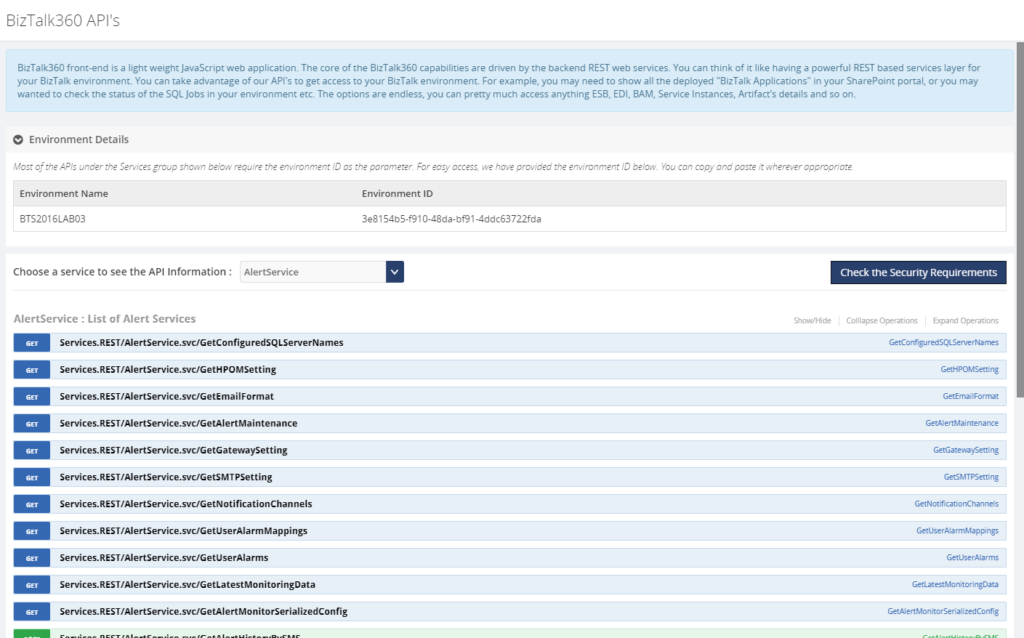 Let’s have a look at few examples of how you could make use of the API.

By using the BizTalk360 API and its documentation, the complexity from WMI and ExplorerOM is shielded from the user. Besides being able to act on BizTalk, the API also allows you to action on BizTalk360. You can even show the output of API calls in the Operations Dashboard!

Few examples of how the BizTalk360 API`s can be used in real-world scenarios: Automate Monitoring Alarm creation in BizTalk360

If you are using BTDF (BizTalk Deployment Framework) we have a wrapper console application called BT360Deploy that can be used to automate certain tasks like creating monitoring alerts during deployment. The project can be accessed here.

Get started with a Free Trial today

Why not give BizTalk360 a try. It takes about 10 minutes to install on your BizTalk environments and you can witness the benefits of auto-healing on your own BizTalk Environments. Get started with the free 30 days trial.

The post Why did we expose all of our BizTalk Operations and Management REST API’s? appeared first on BizTalk360.