Why did we built dedicated dashboard pages for BizTalk and SQL Servers?

The BizTalk and SQL servers are the heart and the bones of a BizTalk environment. Where the SQL Servers take care of all the database handling for BizTalk, the BizTalk servers take care of the actual message processing.
When something is wrong with one of these servers, changes are that this will affect the overall health of your BizTalk environment. So, it’s obvious that the well-being of the servers has to be considered for the overall well-being of the BizTalk environment. For that reason, administrators need to login to the servers to check the health of the distinct servers and come into action when needed. 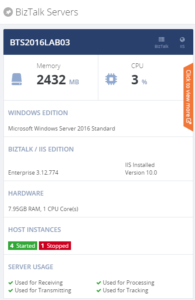 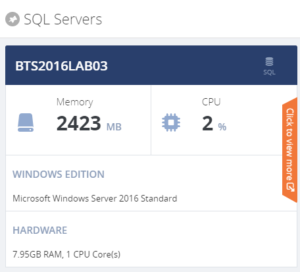 For each server, a number of the key components are shown, so you immediately have an idea on topics like CPU/Memory configuration and usage, installed server products and BizTalk Host configuration.
When you click on the orange strip, you get more detailed information of the server. In case of BizTalk servers you will have access to:

You can Stop/Start and Enable/Disable Host Instances. NT Services can be stopped, started and restarted.

NT Services can be stopped, started and restarted. 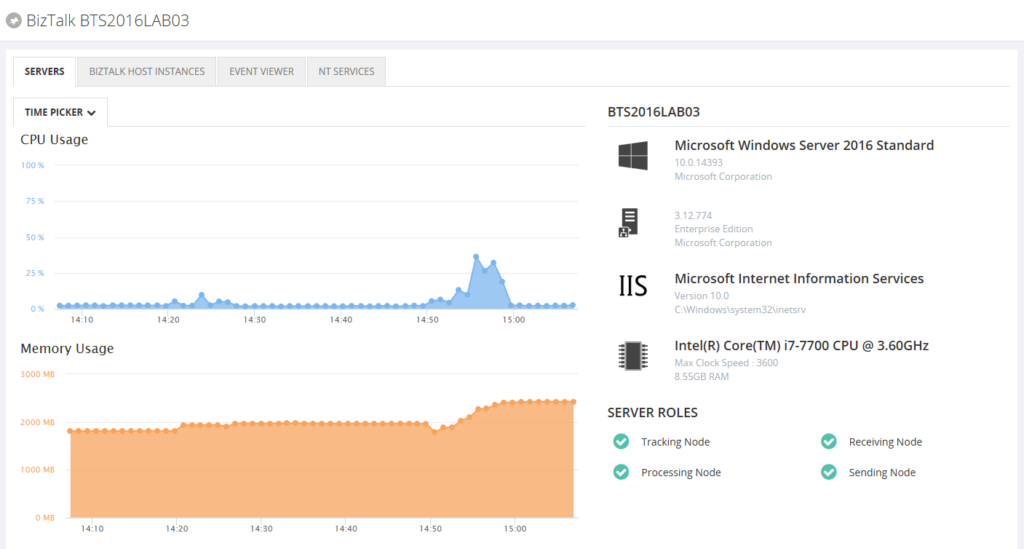 By providing dedicated dashboards for the BizTalk and SQL servers of your BizTalk environment, you have easy access to important server aspects, without the hassle of having to use Remote Desktop connections.