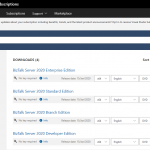 No Changes in Available Editions

Similar to earlier versions of the product, BizTalk Server 2020 comes in 4 flavors: 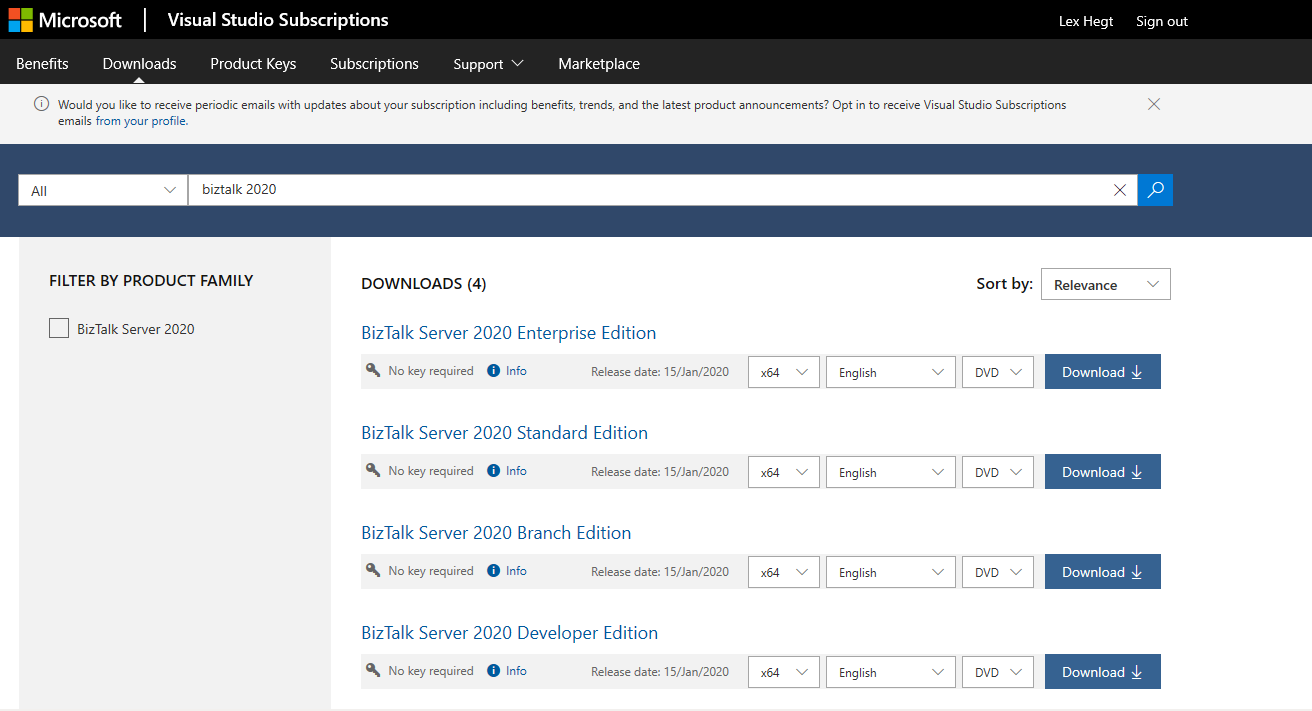 During Integrate 2019, Paul Larsen, the Program Manager who is responsible for BizTalk Server, already highlighted which new features are coming in BizTalk Server 2020. You can read a recap about Paul’s session here. 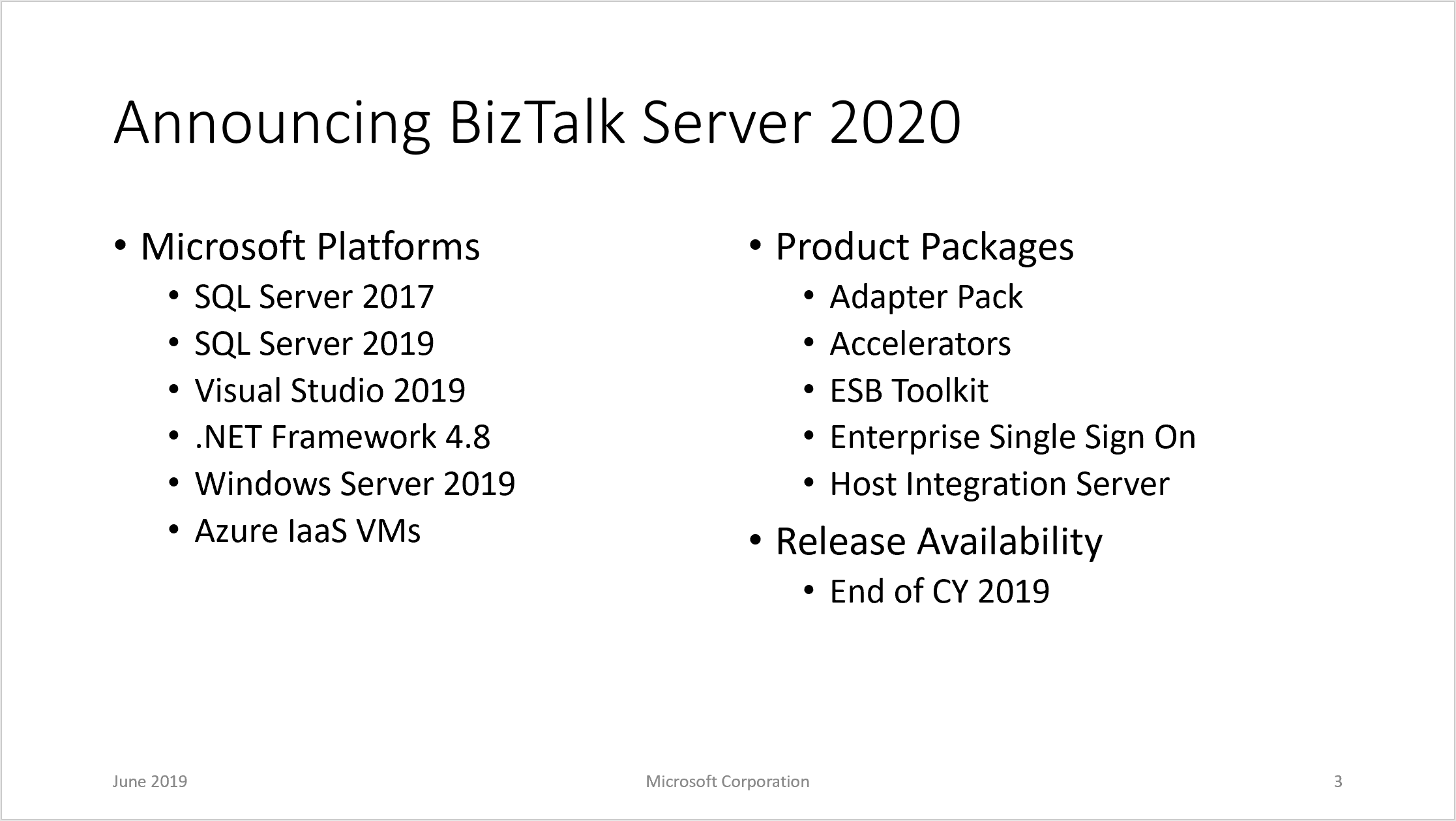 As you can understand from Paul’s session, we were already expecting platform alignment. More importantly, BizTalk Server 2020 contains all features from BizTalk Server 2016, including the 3 Feature Packs, which have been released.

You can find the complete set of new features here

But, let’s have a look at some of the new features and capabilities.

Some features of the product are deprecated or removed from the product. Here’s the list:

Changes that Catch the Eye

Based on the above lists, and besides the already expected features and improvements, a few features catch the eye.

Until now, no auditing was available for any operations performed against the BizTalk environment. Luckily, from BizTalk Server 2020 on, the Administration console provides auditing of operations. To be able to use this feature, you will have to turn it on in the Group Settings screen. 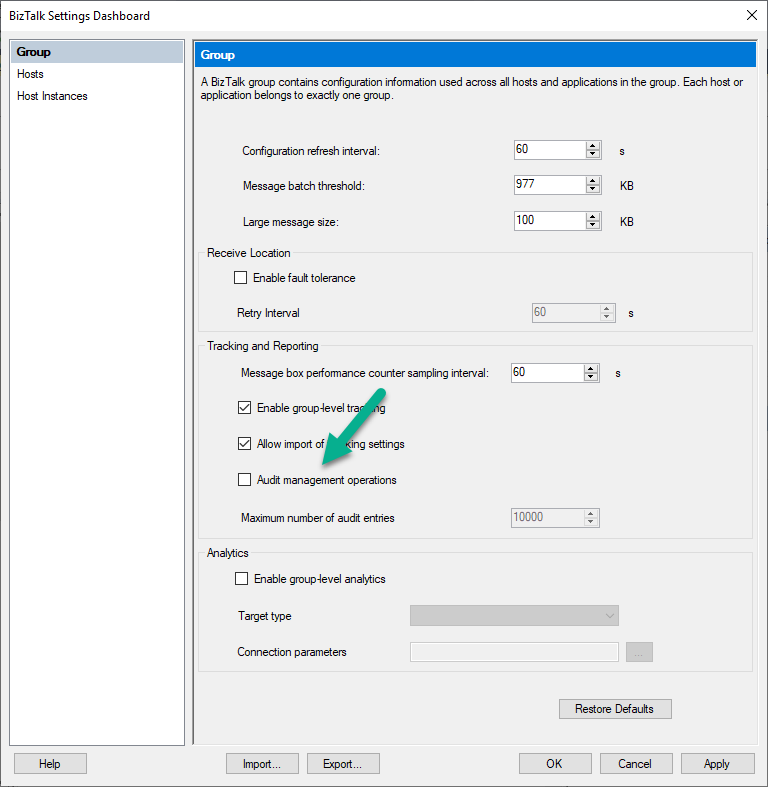 The auditing data is stored in the Management database, and you can access it via the Operational Services. At the moment, the supported operations are:

Although this is a good start, multiple important operations are still missing; think of starting/stopping of ports, orchestrations, and host instances. We hope that Microsoft adds such operations in the future.

Read more about this feature here.

Earlier, Microsoft has announced that .NET 4.8 will be supported.

The BizTalk Operator role has changed. Where before, it was possible to perform actions like stopping/starting ports and changing the port configuration, this role is now completely read-only. This can certainly be useful for facilitating DevOps scenarios.

When accessing the BizTalk Server 2020 Admin console as a BizTalk Operator, all the operations are still accessible. However, when an operator tries, for example, to stop a port, an error message shows up, and the operation becomes blocked. Unfortunately, the error message is not always clear that the operation is blocked due to insufficient permissions.

Multiple updates in this area as well. For example, Microsoft deprecates the POP3 and the SMTP adapters in favor of the Office 365 adapters, which appeared in the BizTalk Server 2016 Feature Packs. Next, the old SQL adapter has been removed and replaced by the WCF-SQL adapter, and the JDE OneWorld and the WCF-NetTcpRelay adapter have both been deprecated.

That’s why we made the latest released versions of BizTalk360 and Atomic Scope compatible with BizTalk Server 2020!

BizTalk Server 2020 has been released. This is the 11th version of the product since its inception in 2000. Although we have already seen most of the features of this release (in the BizTalk Server 2016 Feature Packs), this is still a useful release. Especially when you are still on versions older than BizTalk Server 2016, it will certainly be worth upgrading or migrating to this release.