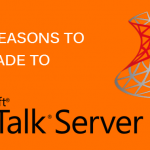 BizTalk Server 2016 was released recently and one of the biggest questions a lot of existing BizTalk Server customers have is whether to upgrade/migrate to 2016 or stay in the current version. The answer to this question will depend on various factors, let’s try to understand the scenarios that can potentially require or force you to do the upgrade.

Before going into the details let’s take a look at 2 important pieces of information, the history of last few versions of BizTalk Server and what’s new in BizTalk Server 2016. Because these two factors are very important before we make the decision of whether to upgrade to latest version

BizTalk Server is one of the most matured Enterprise Integration Product in the market with over 16 years continuous development and innovation.

At a very high level, these are the key features that are added in this release.

For the complete information please refer to Microsoft release notes. Technically you can migrate to BizTalk Server 2016 seamlessly if you are in the last 2 versions of BizTalk (2013 or 2013 R2), but the decision to upgrade is not always made purely based on technical reasons. Let’s see some scenarios.

Scenario #1: Upgrade based on your platform requirements

This scenario is something you cannot avoid and will force you to upgrade to BizTalk Server 2016. Every enterprise will have an internal platform upgrade story both for Windows Server and SQL Server.  The organisation may be currently running on Windows Server 2012 and every 5 years once they might have a platform upgrade across the company. When such things happen they will create a dependency matrix and if they identify any product that can be moved to latest platform, then they will ask the relevant teams to start the initiative. If such scenario happens then you’ll be forced to migrate to BizTalk Server 2016. A similar story can happen for SQL server upgrade across the company.

Scenario #2: Upgrade based on your current version

Based on the current version of BizTalk server you are running in your organisation, you may be forced or it may be a good idea to upgrade to BizTalk Server 2016. The below table gives the BizTalk Server product support lifecycle information with dates for the end of both mainstream and extended support. As you can see 2006, 2006 R2, 2009 and 2010 versions are already out of mainstream support

There are lot of disadvantages being in extended support,

You probably do not want to run your business on limited support, so it’s better to upgrade if your current version is already in extended support or your mainstream support is coming.

Scenario #3: Upgrade based on new features

There may be some features released in BizTalk Server 2016 that might demand an upgrade. Example: SQL AlwaysOn, traditionally companies struggle to set up log shipping for DR and in many instances, they never had any DR setup that could be resolved by using SQL Always on. In a similar way, there may be other features like SAP connector, Ordered Delivery on dynamic send ports etc can all be interesting for certain scenarios.

Scenario #4: Upgrade based on your current projects

Most of the time the cost of migrating from one version of BizTalk server to another is not the BizTalk server software cost, because typically you’ll be either covered with annual support assurance (SA) or you’ll have enterprise agreement package (EAP), which will allow you to upgrade and do a true-up cost at end of the period.

The biggest cost factor is your functional testing efforts. Even though Microsoft (or any software vendor for that matter) will claim the upgrade will be seamless and will not affect anything. Chances are, something will get broken. If you look at the stack, you are upgrading a lot of things Windows, SQL, .NET, BizTalk etc. at one go and you need to be super careful.

The best situation for you to plan for your upgrade and reduce the cost is to do it along with your project plans. If you have a big release coming, and if you are already planning for a lot of functional testing, use that as an opportunity to migrate to the new version.

If somebody claims their software/tool will magically help you on the upgrade process be cautious. There is no magic bullet here, no one will understand the complexities of the legacy systems you are connecting and their underlying limitations.  Only your QA team can warrant that after verifying their test cases.

Scenario #5: What if we are in the process of buying BizTalk Server

In this case, it’s kind of a no-brainer decision, you just buy the latest version of the product i.e BizTalk Server 2016. Having said that we have seen companies using the policy of always using “Latest Version – 1” formula. They don’t want to risk with some unknown potential problems and wanted to stay with the version that’s in the market for a while. If you are in that situation, it’s perfectly fine to go with BizTalk Server 2013 R2. But keep in mind BizTalk Server 2013 R2 will not run (or supported) in Windows Server 2016 and SQL Server 2016.

Please leave your comments if you have any other reasons.

The post Top reasons to upgrade to BizTalk Server 2016 appeared first on BizTalk360.