Moving SQL 2016 BizTalk Databases that are in Availability Groups 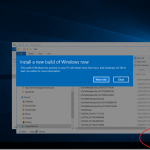 Last week I had to move some databases quickly from one SQL server environment to another. Traditionally you would have built your new SQL servers, backup and restored your databases, user logins and SQL agent jobs and then run some VB scripts from your BizTalk Server to reconnect everything up (https://msdn.microsoft.com/en-us/library/aa547833(v=bts.20).aspx). This article describes another way to do this if you have chosen to use availability groups.

I had built a BizTalk 2016 on premise environment using SQL 2016 Availability groups for two talks that I did at Ignite NZ 2016 and on Integration Monday. I built this before Windows Server 2016 went RTM and had used the latest technical preview that was available at the time. I was preparing to put this into cold storage in case I wanted to demo this again but first I wanted to change to a supported version of Windows server. Windows Server 2016  Standard Technical Preview 5 expires this month and I tried upgrade to Windows Server 2016 but this was not allowed. I began to think about the traditional way of moving databases above but my brain began to hurt when I thought about how I was going to handle the availability groups etc but….then the light bulb went on 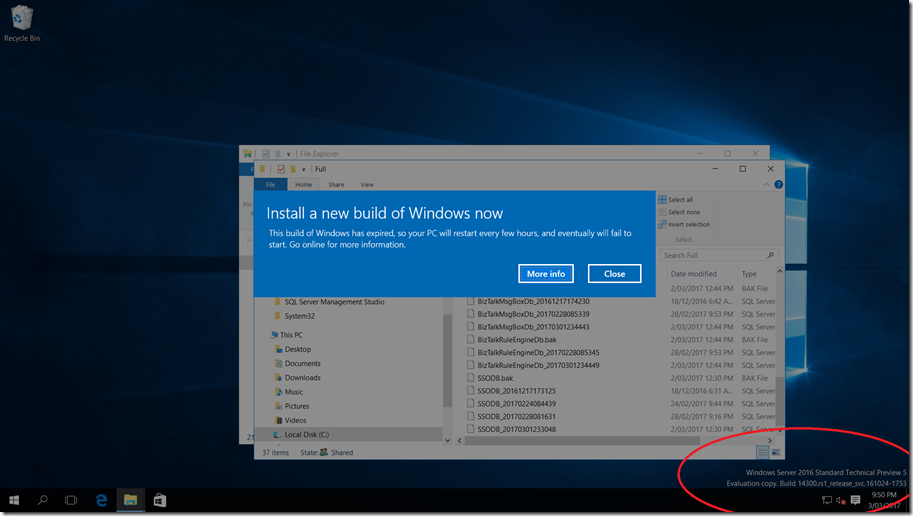 I decided to use SQL Always ON and failover to move my databases to a new server and then retire the old servers.

What I have learnt from this experience is that you can use the Availability groups as a way of moving BizTalk database to new servers without much downtime and fuss. This also shows how one might carry out a DR test.