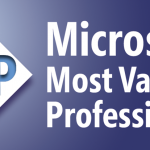 Today I have received an e-mail from Microsoft with exciting news that my MVP status has been renewed again!

For me this is the fifth time to receive this award. The fourth year in the program has been an awesome experience, which gave me the opportunity to do great things and meet inspiring, very skilled people. I have had some interesting speaking engagement, which were fun to do and were very fulfilling. I learned a lot through speaking thanks to the community and fellow MVP’s. I was able to share my experiences through these speaking gigs and other channels like this blog, MSDN Gallery, and above all the TechNet Wiki.

P.S: Four years ago when I first received this award the Netherlands did not win the World Cup final. Hopefully this time in 2014 they will reach the final and win.