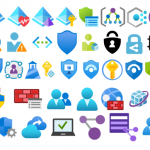 In October, I did a major rearrange and release of my stencils pack mainly because Microsoft redesigned many of the icons present in the Azure Portal, but and guess what? Microsoft didn’t stop it yet. And several of the symbols that suffer a redesigned they already have a new version. So I decide that it is time for me to update my stencils once again, but instead of spending a lot of time and release everything at the same time, like I did last time, I decided this time I will do it in small waves.

The main goal of this release was to provide the new icons present in the Azure Portal and update existing ones. In this version, the changes and additions are:

You can download Microsoft Integration Stencils Pack for Visio 2016/2013 from: