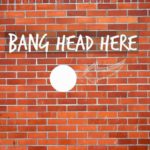 Everyday we learn new things and when it comes to Logic Apps, we tend to learn even more, because it’s always shifting and new components are added. If we’re using ARM templates, the deployment brings out some challenges and with it, new things to learn (and lots of cute little things that make you want to bang your head against a brick wall).

Usually when we work with a CSV file we tend to keep the sorting according to the specification. It isn’t always alphabetical nor descending/ascending.

Sometimes, it’s just a real mess but it makes sense to the client and to the application that is consuming it.

A few days ago, whilst working on a client project and after dozens of tests, we started to see errors in our CSV file, where the headers and columns were arranged in a alphabetical sorting. This was not my intent, when I built the CSV array I wanted it to be in a certain order.

So why was this array now being sorted, who gave that command and how could I correct it?

As we dig in the Logic App code, we see that the Logic App is JSON in its core (my god, shocking development!). As such, it will follow JSON rules on sorting. If we set / append our variable with an array, even though that array won’t show up ordered in our code, it will when we deploy it to our Resource Group.

First, we set our LA in Visual Studio and initialize a string. Then we set two values to it ( “Append to string variable”) . One as a string and the other as an array.

Let’s look at the back code.

Looking good so far. Our strings are set and it’s in the order we want.

Lets deploy it to our RG and check again.

Well, there it is. In ARM deployment, if we write a JSON object, on deployment it gets sorted and will appear like this in the designer tool in Portal.

Funny thing is that if we change our object to the string we want, the designer will not recognize this as a change and doesn’t let you save.

Even in Code View the changes are not recognized.

But if we add other text to it, the changes are now recognized and Portal allows to save.

But still, it won’t show you the changes and will still sort out your CSV array, once again because it’s JSON.

A few weeks ago, this behavior wasn’t noticeable I had a few Logic Apps in place with the string array in a specific order and when deploying it didn’t get sorted.

I searched in Azure updates to see if anything was mentioned but nothing came up.

How to bypass this issue?

If you’re working with a CSV file like I was, after you build your array, you’ll need to build a CSV table.

The action “Create CSV table” will take care of this from you, but as we know, it will not be in the same format we need.

So, leaving the Columns in automatic mode will mess up your integration as you can see. The output will be sorted and it won’t be what you want / need.

What a mess!! This is nothing like we wanted.

We will need to manually define the columns headers and the value they’re going to have.

If you don’t have many fields, it’s quick to do this, but when you have lots of fields… well, let’s just say I hope you have plenty of time and don’t lose focus.

And there we have it. Fields are now displayed correctly, the data is in the right place and we’ve managed to get around this annoying problem.