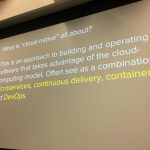 Day 3, the final day of Integrate 2017 USA, at Microsoft Campus building 92. The event so far well received and made people happy seeing the innovations, investments, and passion Microsoft is bringing to its customers and pro-integration professionals.

Richard started the final day of Integrate 2017 USA stating that the conference actually starts now. He is a great speaker to get the audience pumped on cloud-native integrations. Richard talked about what analysts at Gartner see happening in integration. The trend is cloud service integration is rising. The first two days of this conference made that apparent with the various talks about Logic Apps, Flow, and Functions.

What is “cloud-native”? Richard explained that during his talk. 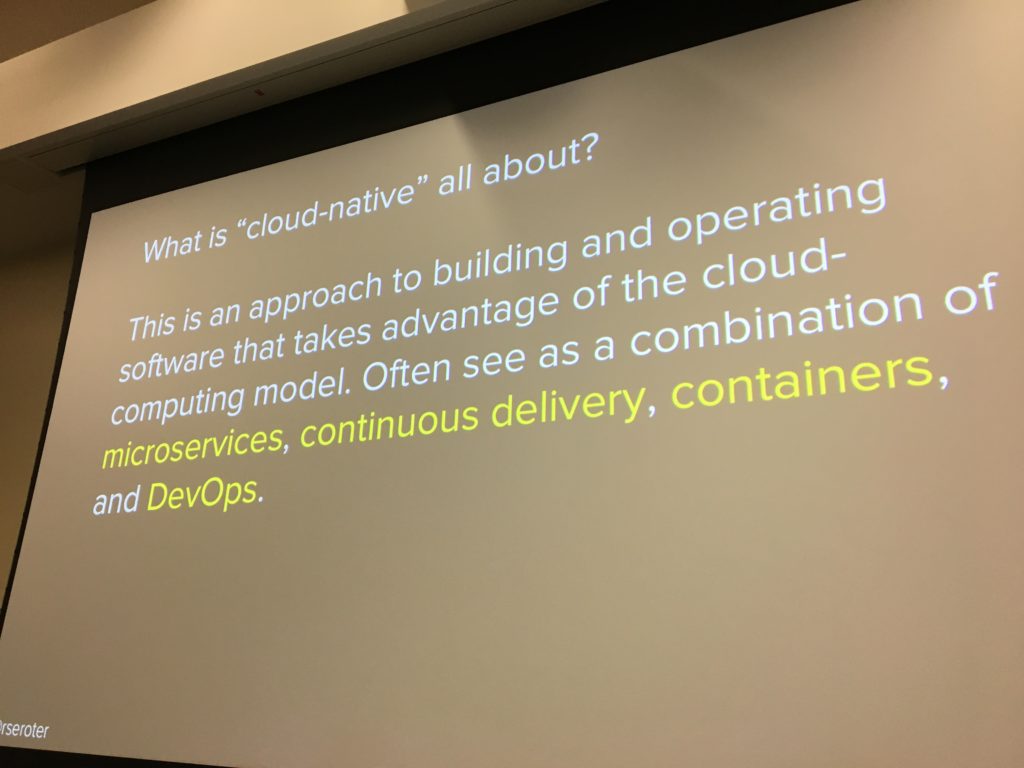 The sessions interesting part was the comparison between the traditional enterprise versus native. The way going forward is “cloud-native”. 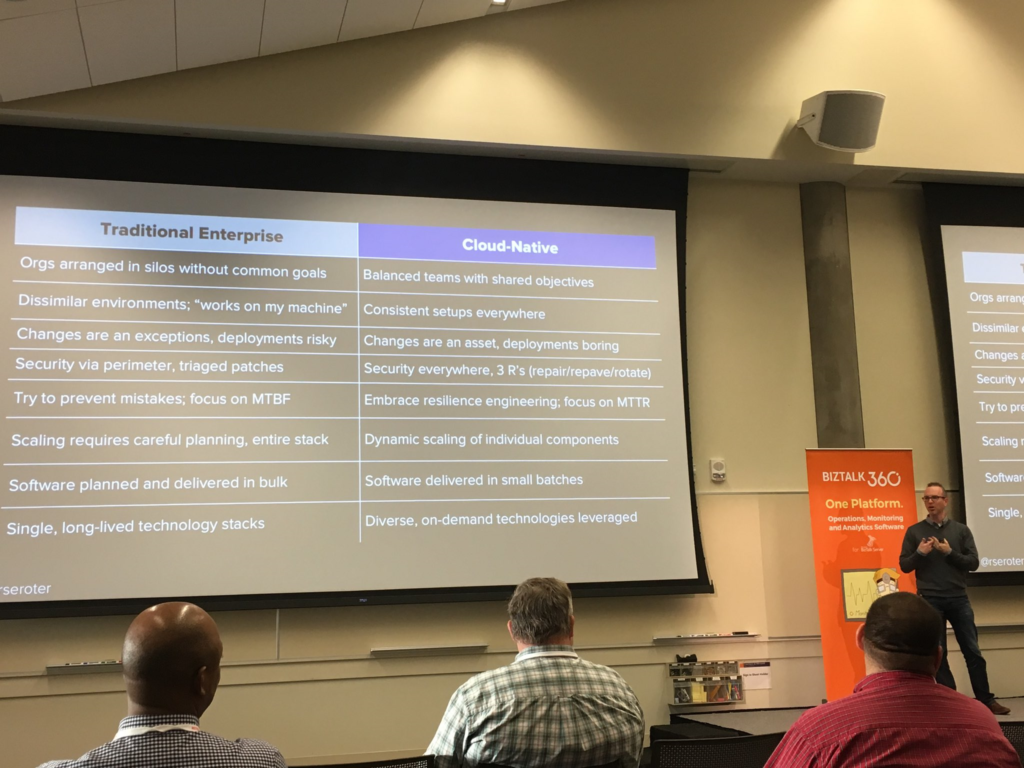 The best ways to show what cloud-native really means is by showing demos. Richard showed how to build a Logic App as a data pipeline, the BizTalk REST API available through the Feature Pack, and automating Azure via Service Broker.

Take away from this session was the new way of thinking integration. Finally, there will a book coming out a book coming soon that discusses the topic further.

What’s there & what’s coming in ServiceBus360

Saravana talked in his session about monitoring challenges with a distributed cloud integration solution. He showed the capabilities of ServiceBus360, a monitoring, and management service primarily for service bus yet expanded with new features. These new features are intended to mitigate the challenges the arise with a composite application. 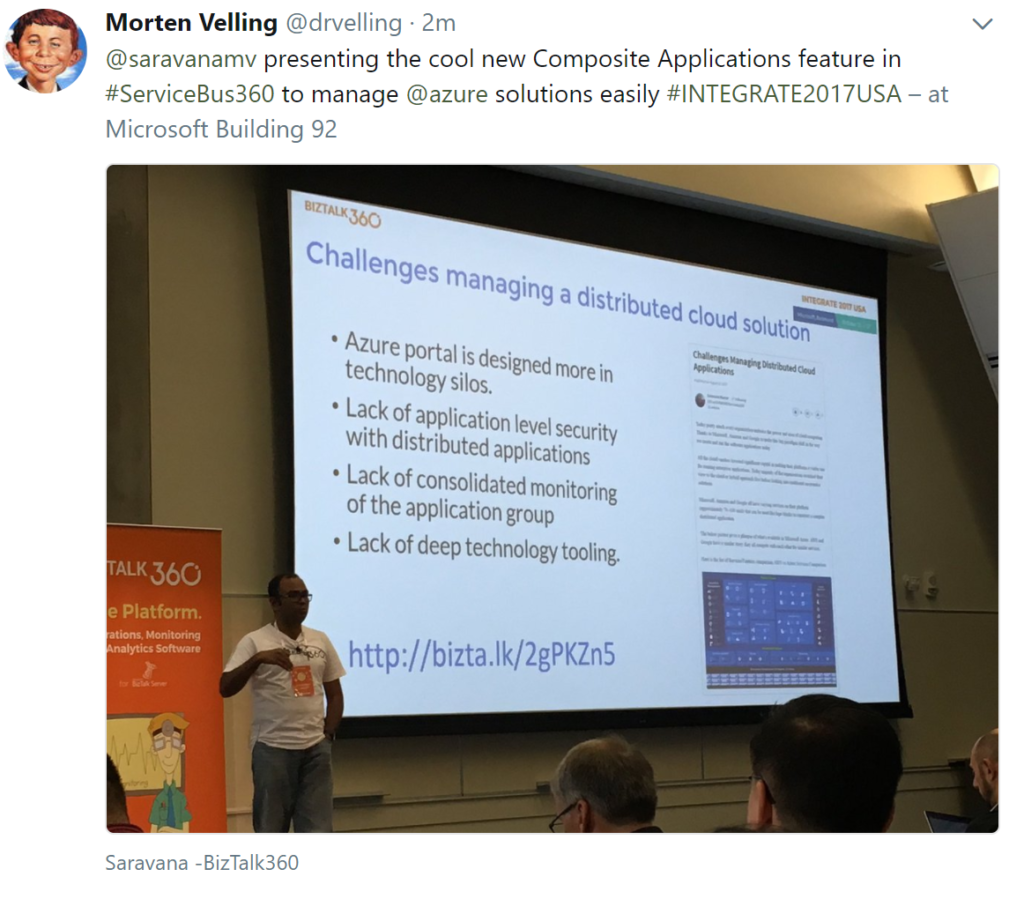 Saravana demoed the ServiceBus360 to the audience to showcase the features and how it can help people with their cloud composite integration solution. 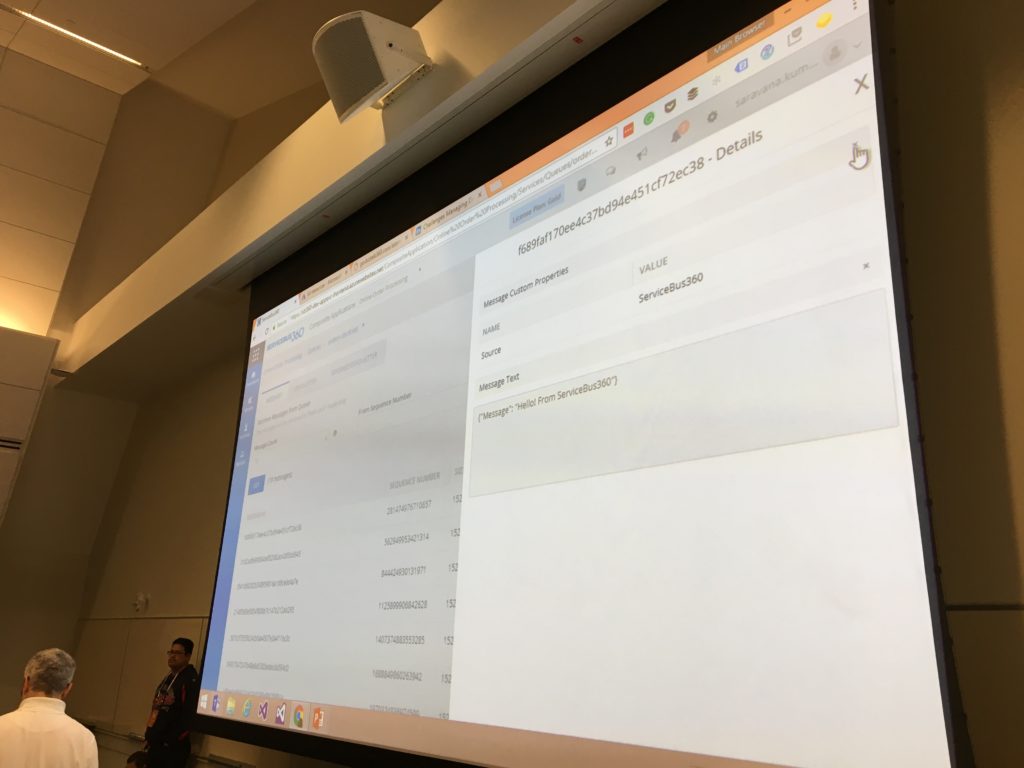 After the demo, Saravana elaborated on the evolution of ServiceBus360. Its still early days, for some of the new capabilities and he is looking for feedback. Furthermore, he discussed where the service will be heading too by sharing the roadmap. 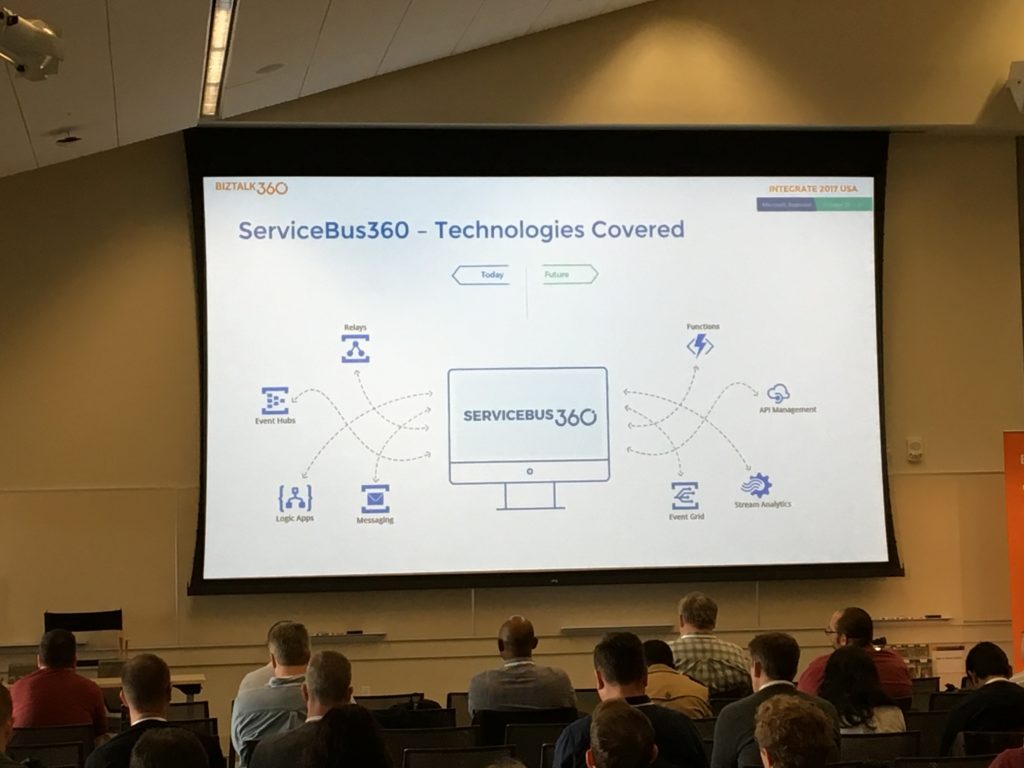 At the end of the presentation, Saravana announced Atomic Scope, a new upcoming product. It will be launched in January 2018, and it is a functional end to end business activity tracking and monitoring product for Hybrid integration scenarios involving Microsoft BizTalk Server and Azure Logic Apps. 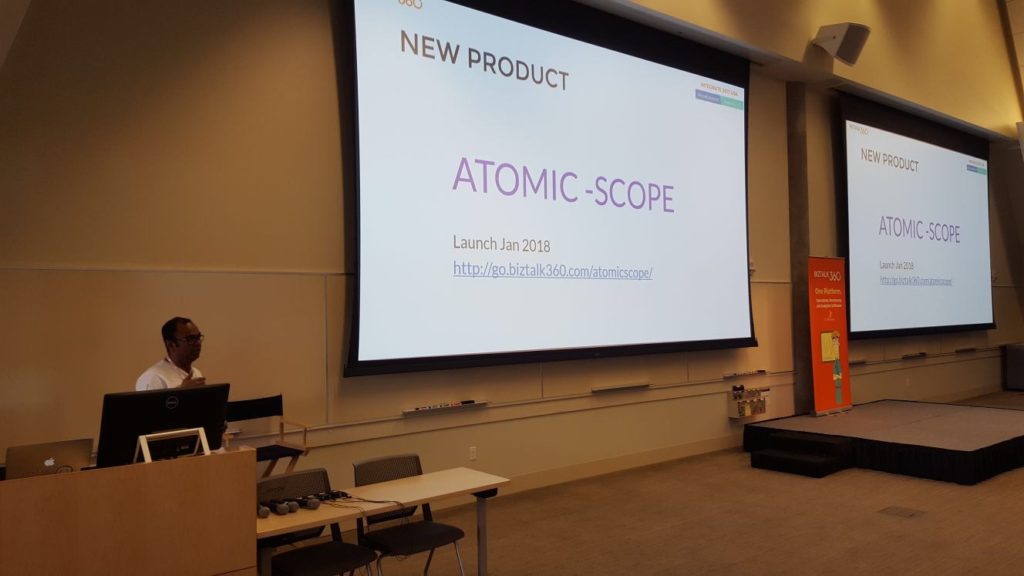 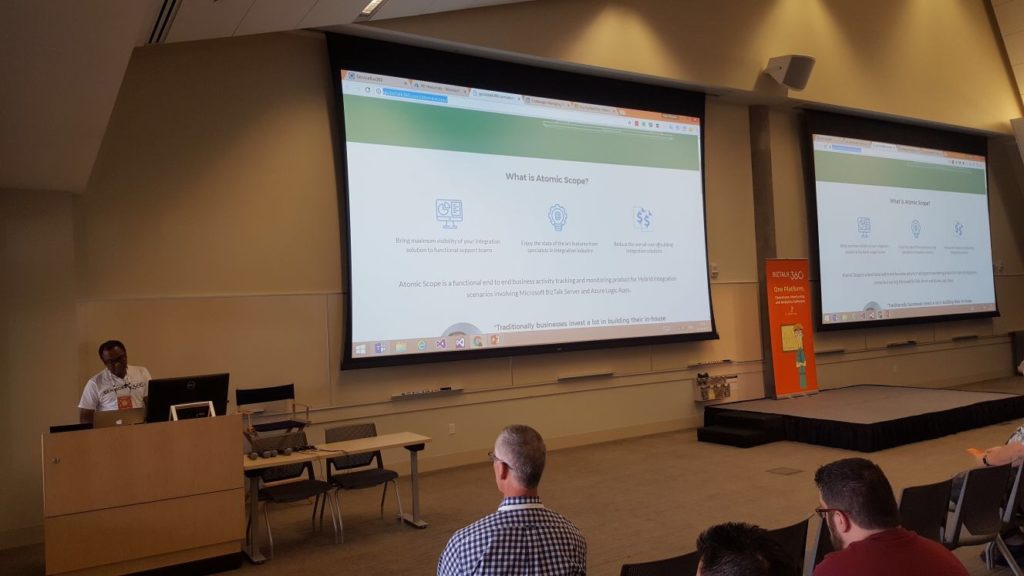 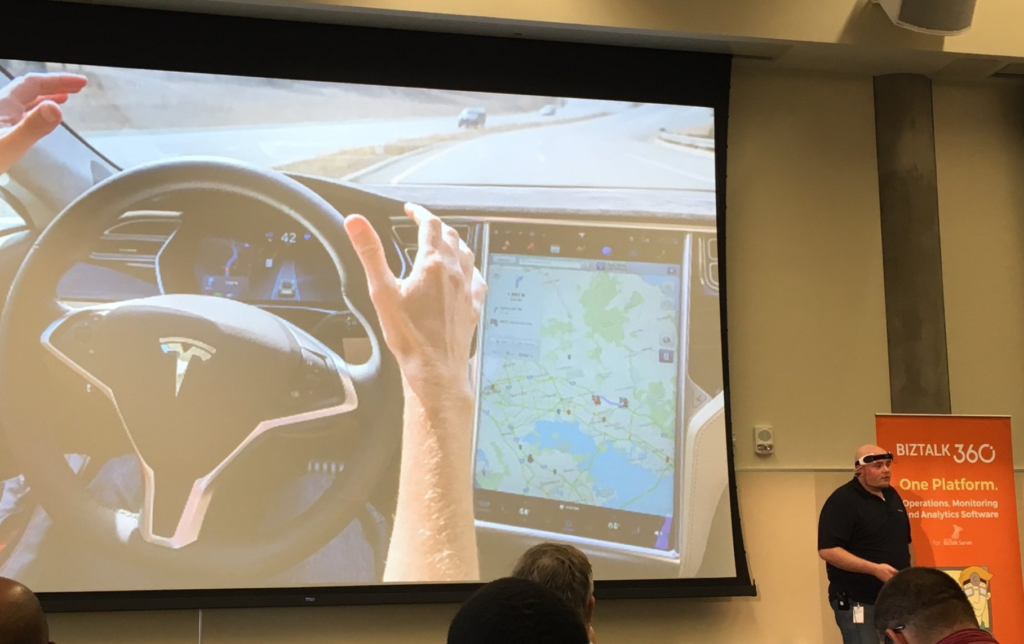 Nick did a great demo on mind reading, having people asking questions and showing what his mind was thinking yes and no. For instance: “Will Astro’s win the next game against the LA Dodgers in the World Series?“. 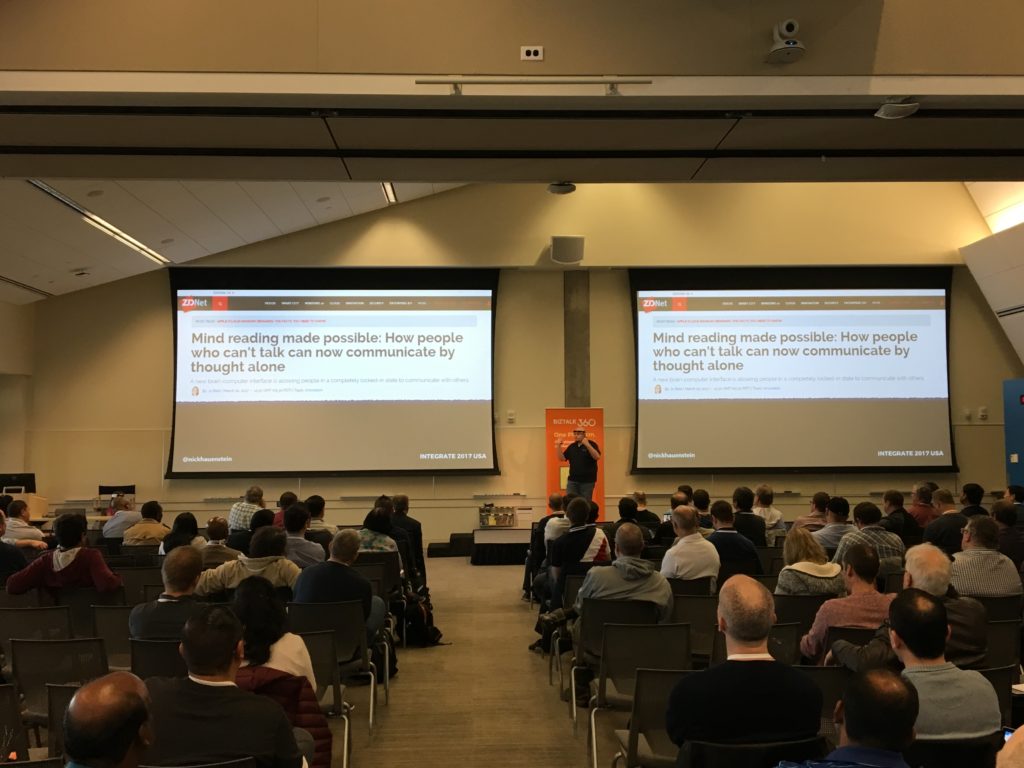 After the demo, Nick explained Machine Learning, possible very relevant in our day and age. Furthermore, he followed that up with another demo teaching the audience how to build and operationalize an Azure ML model, and able to invoke that from within either BizTalk Server or Azure Logic Apps. The audience could follow along with Azure ML Studio and build a demo themselves. 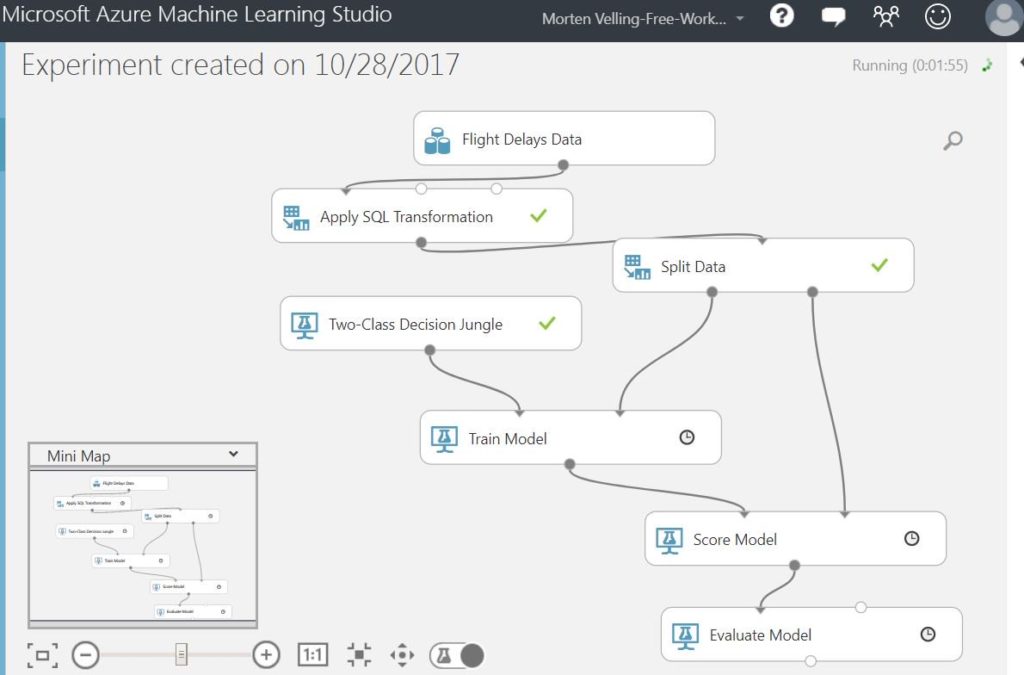 To conclude, this was a great session and introduction to Machine Learning. In the past, I followed the course on eDX on DataScience, which includes hands-on with ML Studio.

Overcoming Challenges When Taking Your Logic App into Production

Stephen W. Thomas, a long time Integration MVP, took the stage to talk about how to get a Logic App running as a BizTalk guy. He shared during his talk his experience with building Logic Apps. 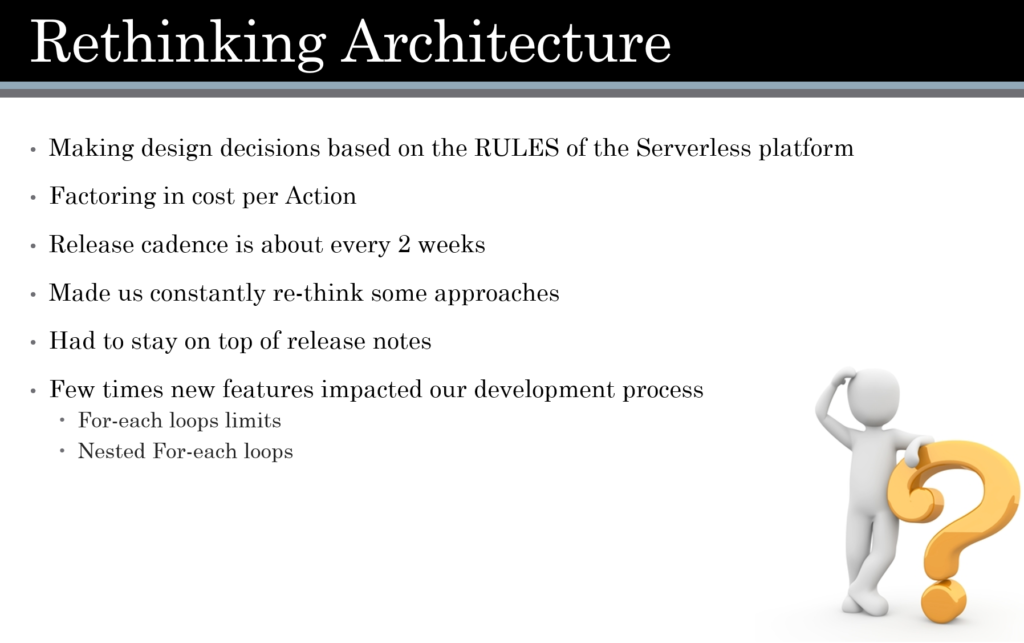 The final session of the day by Sandro Pereira, he talked about performance with BizTalk. After the introduction of himself, nicknames and stickers, he dived into his story. Have your BizTalk Jobs running, pricing based on the setup of a BizTalk environment, default installation, and performance. 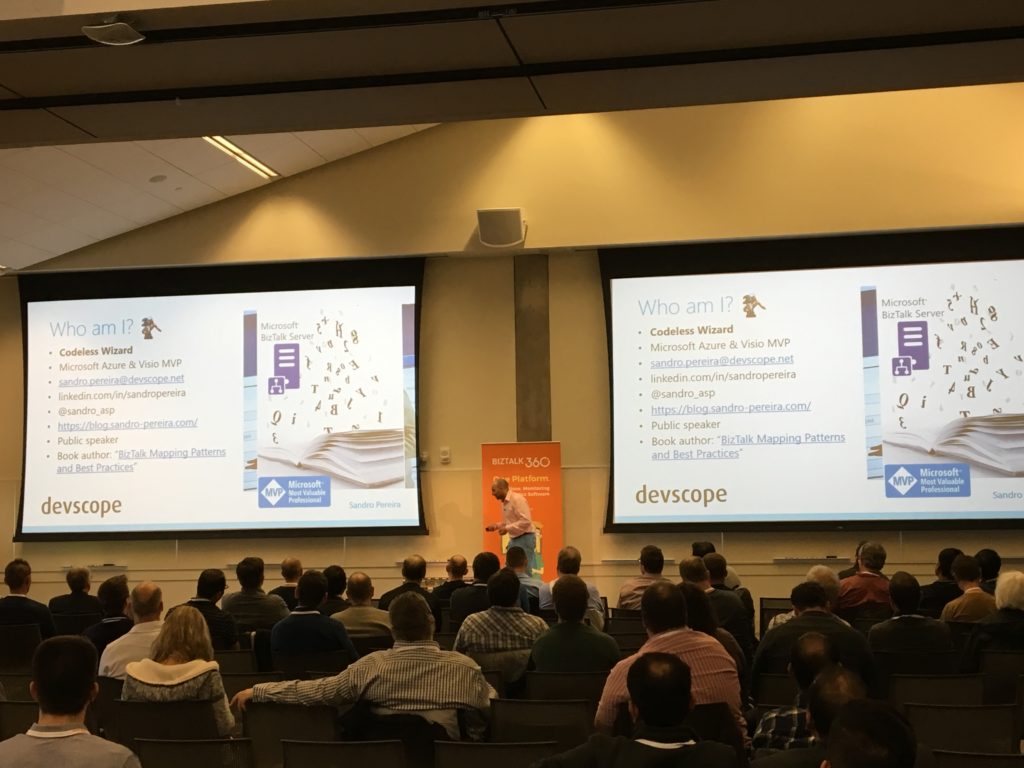 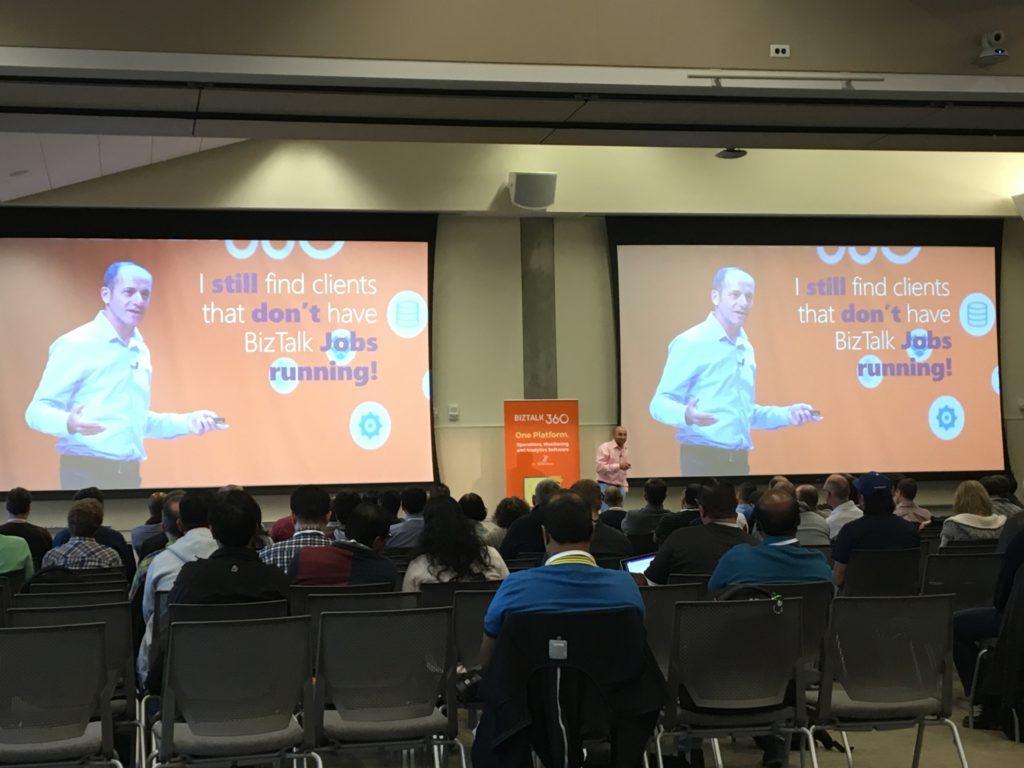 Finally, Sandro did a demo to showcase better performance with BizTalk by doing a lot tuning. 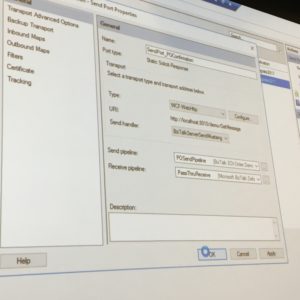 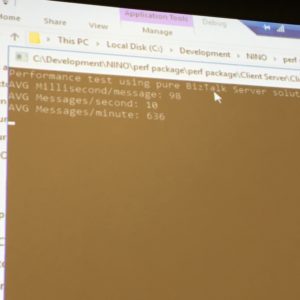 It was a fast demo and he finished the talk with some final advice: “Do not have more than 20 host instances!”.

After Sandro’s session, lunch and a Q&A session with the Pro-Integration and Flow Product Group. 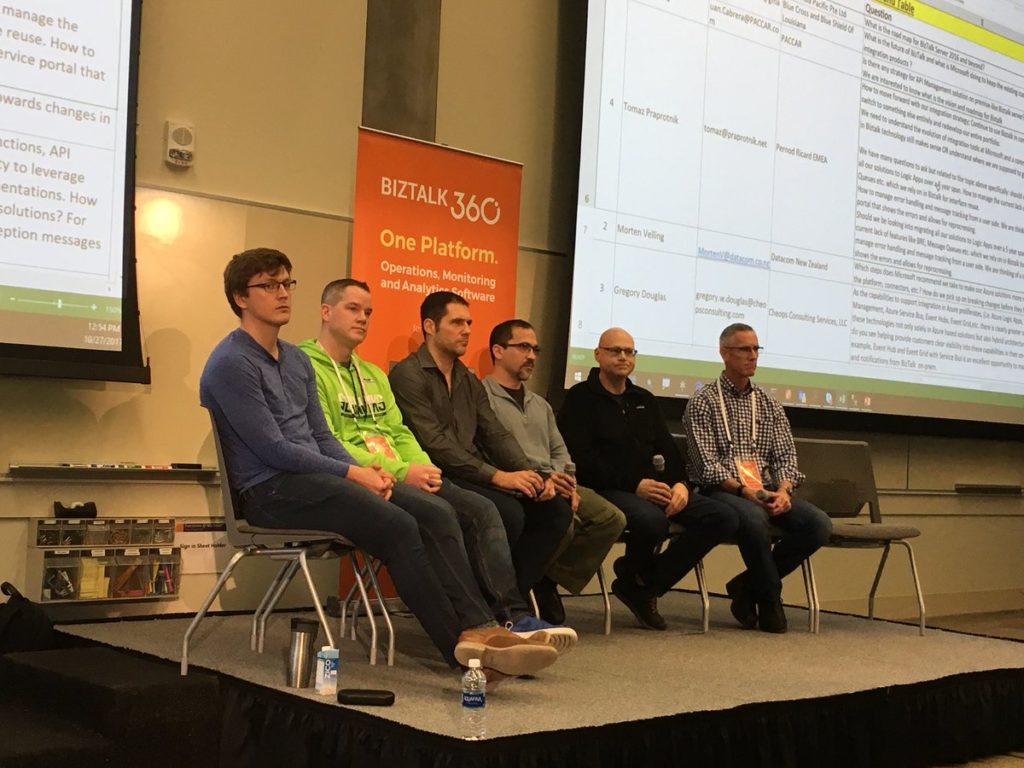 That was Integrate 2017 USA, two and half days of integration focussed content, great set of speakers and empowered attendees, who will go home with a ton of knowledge. Hopefully, BizTalk360 will be able to organize this event again next year and keep the momentum going. 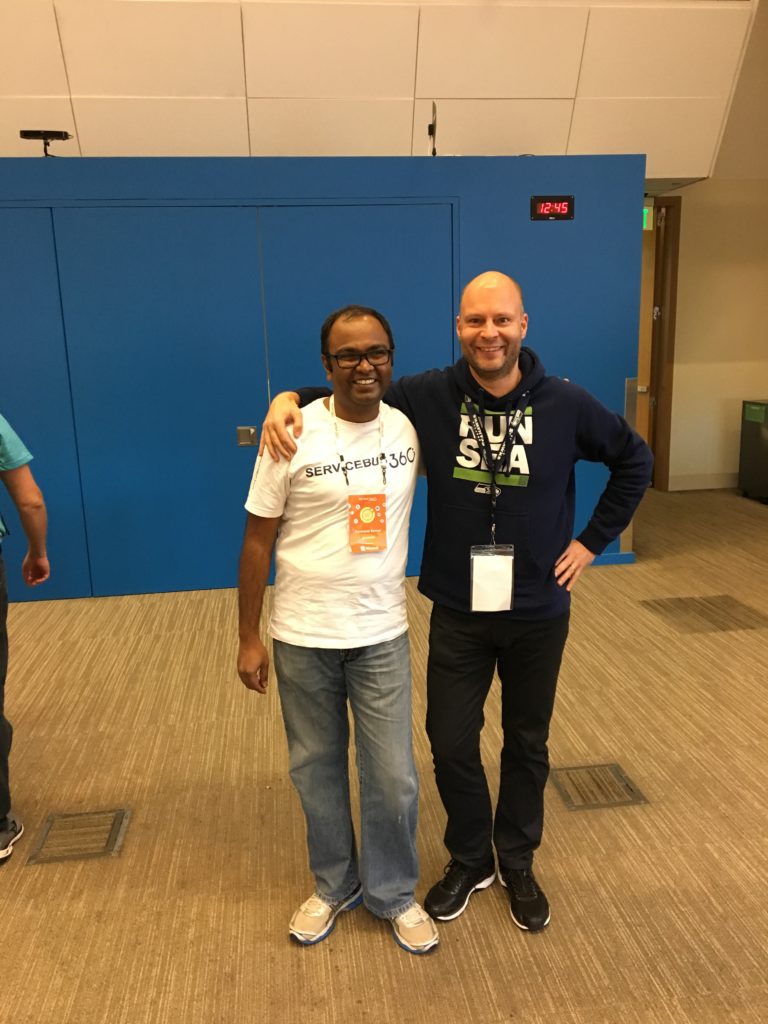