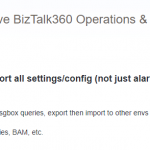 Import/Export is an important capability to manage configurations in complex environments. It facilitates that configuration can be exported and imported across multiple environments like Production, Staging, QA. BizTalk360 helped its customers by providing alarm import/export confirmation for many releases now. This feature can also be used as a backup mechanism of BizTalk360 configurations, in case you want to setup a new instance of BizTalk360.

In  feedback portal, many customers requested us to extend the existing functionality to other sections of the product, like User Access Policies, Secure SQL Queries, Saved queries configuration, Knowledge Base, Dashboards & Widgets and BizTalk Reporting configurations.

Let us see scenarios where import/export configurations can be used quite frequently.

In downward scenario, when an issue happened in Production, for example in the Data Monitoring capability, when you try to action on Suspended Service Instances. By simply exporting the configuration(s) from Production and import the configuration into the Staging environment, you might just be able to replicate the issue.

Prior to 8.8, the Import/Export feature is available for Alarm configuration. From version 8.8 onward it is extended to other sections in BizTalk360

From this version onward, user can pick the configuration they want to export from an environment.  For instance, a user can choose desired Alarms and User Access Policy configurations for export. Exporting configurations is a straight forward process; selected configurations are exported in single ZIP File.

Exporting alarm configuration has the same functionality as like previous versions, with additional improvement, to select the desired alarms.  To know more detail about alarm configuration, check the Blog written by our founder Saravana Kumar.

Both Super and Non-Super User Access Policies configuration are available to export . The user can select user access policy configurations they want to export to the other environment. 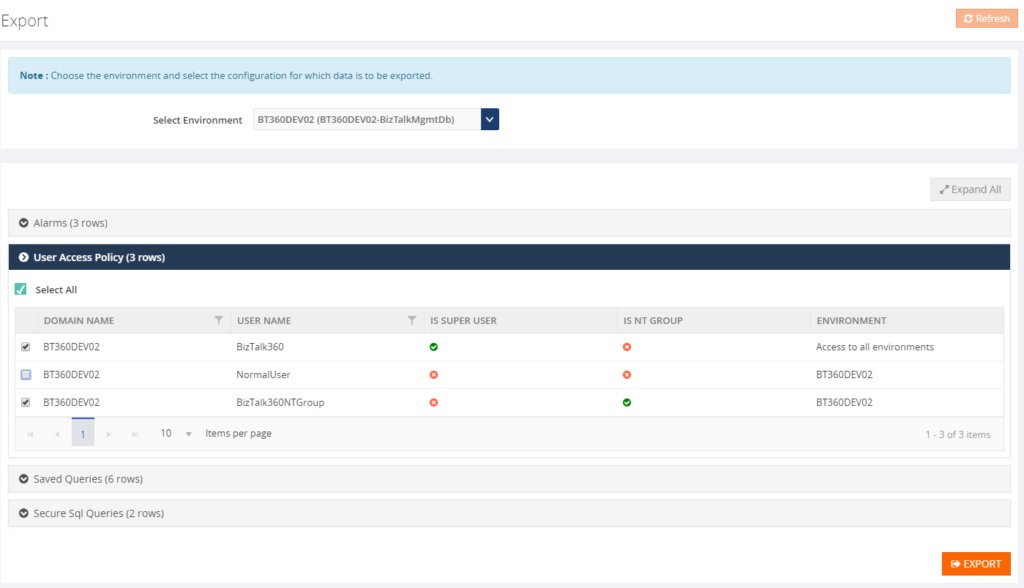 The user can select the Saved queries configuration to export the data in following sections:

While selecting the export configuration, the user can choose saved queries sections will be exported. During export, all the queries under the that section will be available in JSON.

In Secure SQL query configuration, the user can select the queries they want to export. 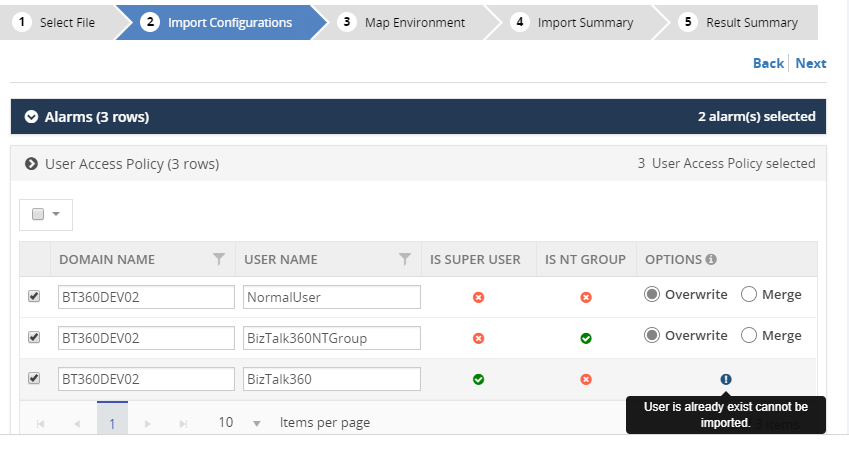 Similar to exporting configuration, a user selects the sections that need to be imported. This will import all the queries for the selected sections.

The user confirms the import operation by clicking the Import button. Once the import process is completed it will produce the Imported Result Summary. This Summary might look like shown below. 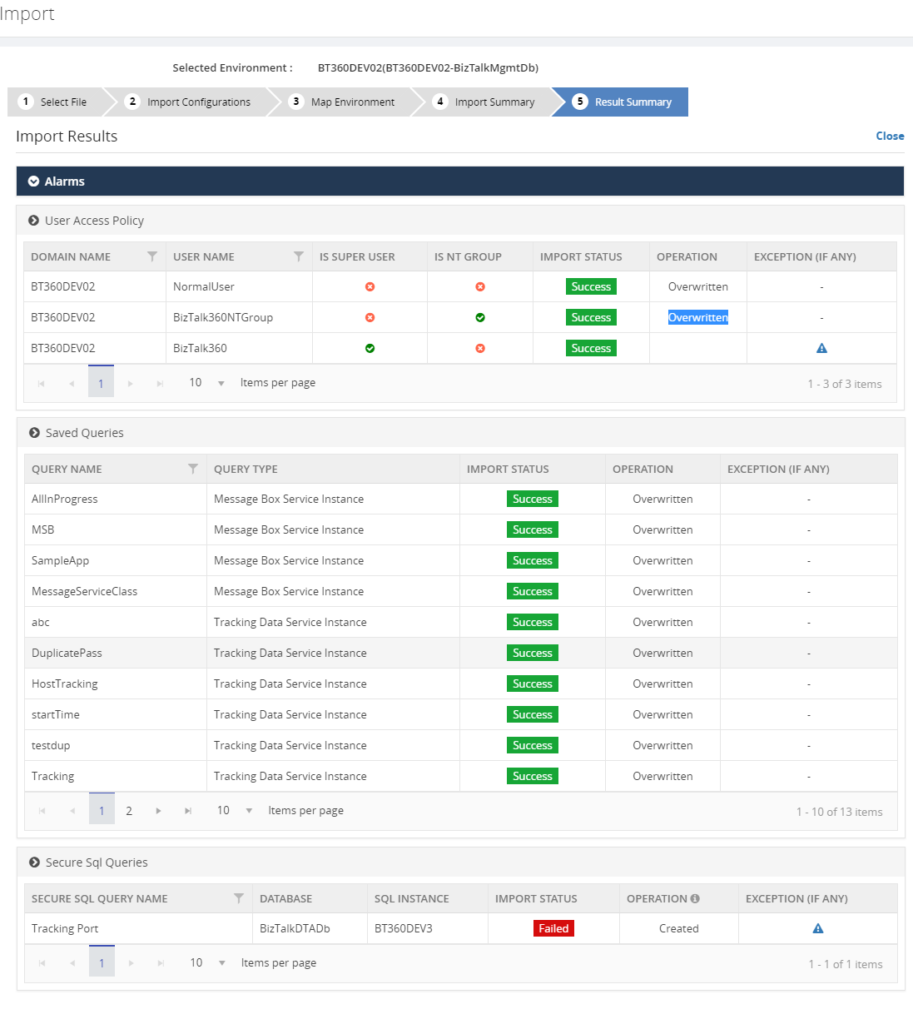 Next set of Configuration

For the upcoming release, version 8.9, the following Import/Export configurations sections are under development pipeline:

The Import/Export configuration feature is useful with respect to back-up of, amongst others, user and alarm configurations and increase productivity by sharing the configuration between multiple environments. In future releases of BizTalk360, we will bring more export/import features, to make the experience as rich as possible.

If you have any suggestions what kind of date you would like to transfer between BizTalk environments, feel free to let us know by entering a request on our Feedback portal.

Senthil Palanisamy is the Technical Lead at BizTalk360 having 12 years of experience in Microsoft Technologies. Worked various products across domains like Health Care, Energy and Retail. View all posts by Senthil Palanisamy