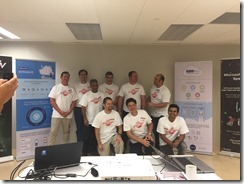 Wagner said after the event “As the first team to go through the Global Integration Bootcamp 2017, I just wanted to say that it was an amazing experience. We ran from 8:30 am to 5:30 pm with an attendance of 30+ people and not a single dropout throughout the day. Everyone was quite interested in the presentations and tried the labs with real enthusiasm either individually or in groups. Actually was interesting to see a groups of people congregating around the same computer discussing, bouncing ideas, and thinking how to apply the knowledge on their own environment while doing the labs.A big shout out to the main organizers! I’m pretty sure I didn’t captured all of them here, but Eldert, Steef-Jan, Rob, please send my big thanks to them.”

Craig opened the event and then talked about API management. 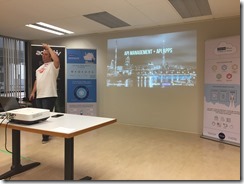 Next up was Mahindra and Mike talked Service Bus, Enterprise Integration pack and On-Prem gateway. 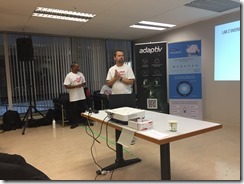 After Lunch Abhishek walked us through Hybrid Integration. 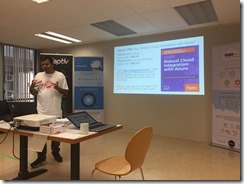 He was followed by Morten who gave a compeliing demo of Power Apps and Flow. 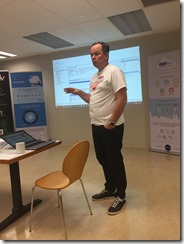 Wagner bought the house down with a slick presentation about Logic Apps. 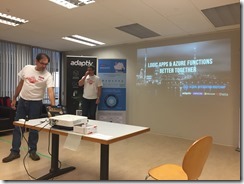 James his partner in crime did an even slicker run through of Azure functions and Azure storage. 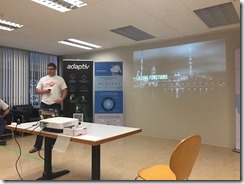 Finally Nikolai blew ever one away with IOT. 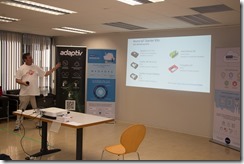 I had a really enjoyable day catching up with some old friends and just soaking up all the good integration vibrations. Thanks to all and I am looking forward to next years event.