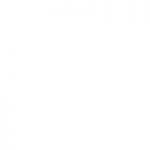 Today I encountered an unusual error when executing a pipeline component that utilises the EventStream API to write to BAM. The failure that showed up in the event log looked something like this:

However, the clue was really in the second part of Yossi’s suggestion (and also in an anonymous comment), “…and related permissions…”.  I could see that the BizTalk Application Users domain group had been assigned all of the appropriate roles in SQL Server, and I knew that all the host accounts had been dutifully added to this group when BizTalk was installed.

Er… hang on a moment. I double checked and found that the SQL Adapter was running under a new dedicated host account that had been created specifically for the data warehouse. A simple check on the account using the “net user /domain” command prompt unveiled the culprit. This account had not be granted membership in the BizTalk Application Users domain group.

Once that was accomplished, everything worked smoothly.

It would be nice to actually see an error that hinted towards permission issues. Perhaps the detail was buried somewhere in an inner exception, but the logging does not go past the first level.