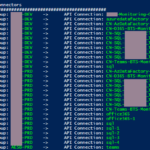 I modify the original script to have a better output or at least a different output that works better for my needs. Automatically add a Deprecated tag on all the API Connectors with the value True or False. And add additional capabilities on the generation of the output report in a CSV format.

The only limitation of this script is that it only checks a specific Resource Group. So, if you have 3 or 4 Resources Groups, you need to configure this script and run it 3 or 4 times.

To streamline this process and not waste so much time, I decided to create a new version of this script. This new script will look at all the API Connections in all resource groups on a single Azure Subscription and then inspect every Logic App in that specific Resource Group (RG) to check if the API Connections of that RG are being used or not.

What’s new on this PowerShell script:

THIS POWERSHELL SCRIPT IS PROVIDED “AS IS”, WITHOUT WARRANTY OF ANY KIND.

You can download Find Orphaned API Connectors in all Resource Groups from GitHub here: