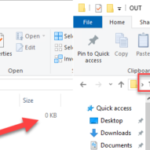 Recently I developed a custom file adapter called FILE-Z adapter that I blogged on the BizTalk360 blog. This is an adapter created from the original idea of my dear friend Nino Crudele. It is a custom File adapter capable of reading empty files.

But while I was searching about this adapter, I found an interesting blog post from Yan (Pamela) Yang where she described a different scenario. Some systems can create empty files without locking them. Then, they grab the files again and write some data to them. However, this behavior may cause problems with the default BizTalk Server FILE adapter. For example, the adapter may grab the file AFTER the system creates the empty file, but BEFORE the system attempts to write to it, causing integration issues. Or, in other cases, we may not want to pick up that empty files.

You may also know that the native FILE adapter released with BizTalk grabs and deletes all zero-byte (empty) files without triggering any associated processes. Instead, it logs a warning or error saying that:

The FILE receive adapter deleted the empty file “dir:<folder><file-name>” without performing any processing.

This behavior, according to Microsoft, is by design. Though you can argue that it is not consistent how different adapters treat empty files, e.g., FTP adapter can transfer empty files with no problem.

The File-RADITZ adapter is, kind of, the arch-enemy of the File-Z Adapter. This adapter doesn’t pick up or process empty (zero-byte) files. Instead, it leaves the empty files in the original folder.

I decided to create or recreate this adapter based on Yan Yang scenario just for fun and for mentoring how you can create your custom File adapter by making use of:

This adapter can be used as a Receive Adapter or as a Send Adapter.

Well, I named the other adapter FILE-Z because it meant to mean File-Zero, but in reality, because I was a massive fan of Dragon Ball Z :). As I mentioned before, this adapter is, kind of, the arch-enemy of the File-Z Adapter. So, making the idea for a better name, I named it based on a memorable Dragon Ball villain: Raditz, that was one of the first enemy encounters in Dragon Ball Z.

How to install it?

If you want to install the BizTalk Server FILE-RADITZ Adapter, you need to:

This will register the adapter to run under 32-bit host instances. To make it available also for 64-bits, you need to:

Now you just need to add this adapter to the BizTalk Server Administration Console:

Where can you use it?

This version available on GitHub is currently compiled on .NET 4.7.2 and optimized for BizTalk Server 2020. Nevertheless, you can take this code and compile it in other versions of .NET and BizTalk Server. It will be 100% compatible.

THIS ADAPTER IS PROVIDED “AS IS”, WITHOUT WARRANTY OF ANY KIND.

You can download the BizTalk Server FILE-RADITZ Adapter from GitHub here: