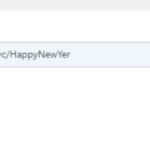 This is a topic that has been asked to me a few times, making me wonder how hard it actually was. Working with this nearly every day makes us assume some things are very easy, but not everyone has this insight.

So, exactly do we set variables for different environments and how does it work when we want to replace tokens?

Having multiple environments creates the need to have different values assigned to your variables, because, for example, that Test Webservice won’t work in PROD and you definitely don’t want to use that PROD file share and delete files in your DEV/Test environment.

This is extremely helpful because, even though you have to duplicate/triplicate variables, you won’t need to worry about the incorrect value going to the wrong stage. Also, having the Scope set to Release, it will affect all stages.

So, it’s a win-win situation.

But! It’s only valid for this Release Pipeline in specific. If you have another Release and some variables are common, you have to re-do everything… all, over, again.

Send in the Variable Groups!

The Variable Groups are containers for variables that can be used in multiple Releases and Pipelines. Think of it as a common class in your project that you can reference anywhere.

You can define the Groups and their variables in the Library. Inside the group, you can set all the variables you need, and add to it any time as well, and assign the values right away.

Keep in mind that this is thought of as a static group, it’s not supposed to change often.

If you change a variable value or add a new one, it will not be considered in the already created releases. If anything changes in here, you will need to create new releases (not the pipelines) and redeploy them. When you create the release, it takes a snapshot of the values and uses them as they are. Thus the need to create a new one to get those new values.

After linking the group to the Release, you will see that you can also set a Scope. This works exactly like the pipeline variables, they will only be used in that specific Stage and nowhere else.

Also, when expanded, you can see the values that are set for that group.

Now, how does the Token Replacement task works with this?

This task, our savior (yes, I like it very very much), comes to our rescue once again.

I’ve explained before how to use it and how it works.

But for this post, I’ll explain again. The task searches in the folders/files you’ve defined and tries to match the token that you’re setting in the definition with the one in the file(s). As the token is found, it uses a string.Replace function to inject the values in the files.

It will scour the Variables for a match and take the value to insert in the file.

But how does this link with the Variable Groups?

Well, at runtime, DevOps does a magical thing and sees the groups you’ve defined for a Stage as variables. So technically, it’s as if you’ve defined all the variables in one place and not in groups.

So, the Replace Tokens will use all those variables and will try to replace them in your files. You don’t have to define the group or anything, it will just see the whole picture.

Hope this helps you with your automations and deployments.