Can you use the BizTalk MLLP Adapter as a Socket Adapter? 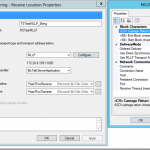 I have previously written a custom adapter called the GVCLC Adapter which actively connects to a vending machine. This was based on the Acme.Wcf.Lob.Socket Adapter example by Michael Stephenson. Another alternative that was considered was the Codeplex TCP/IP adapter. When I met Michael for the first time in Sydney two years ago I thanked him for his original post and he said to me why hadn’t I used the BizTalk MLLP adapter instead. In this post I examine whether it is possible to use MLLP adapter to connect to a socket. 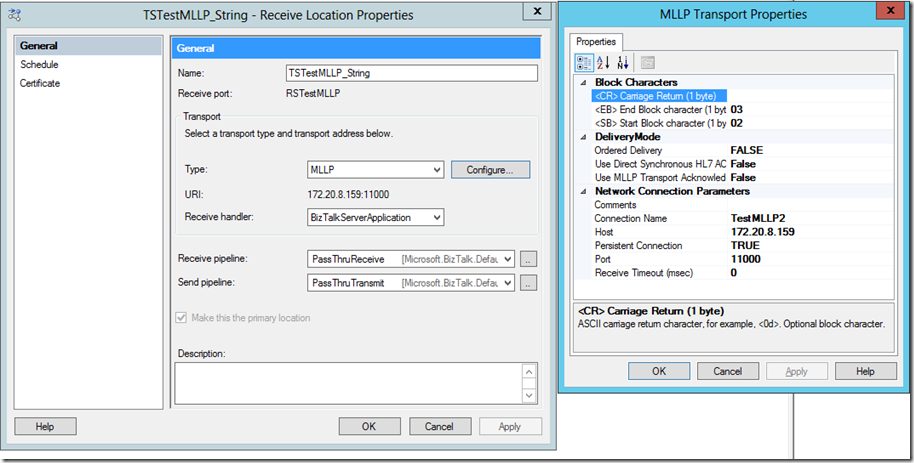 First I installed the BizTalk 2013 HL7 Accelerator with the minimal options to run the MLLP adapter. I had issues because you cannot install it if all the latest Windows Update have been installed but there is a workaround. 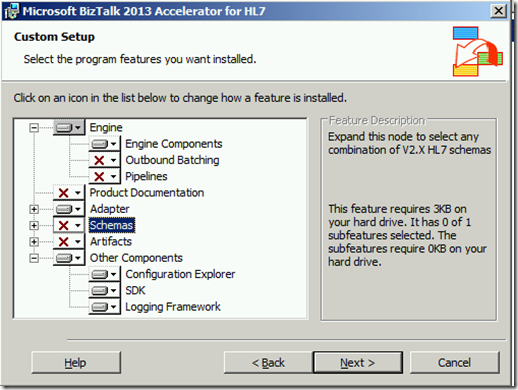 I setup a receive location as shown above once the MLLP adapter had been installed. Note i am not using any of the HL7 pipelines, no carriage return character, a custom start character and end character. Next I created a asynchronous socket test client very similar to the the Microsoft example here. I modified it so it would send a heart beat. I added the following lines at the right place

Now after changing the host to 192.168.1.3, enabling the receive location and starting the socket test client, a ENQ message is received in BizTalk. This proves that the MLLP adapter can consume a socket client with a message that is not a HL7 message.

Next i set a file port to send a heartbeat message MLLP send adapter configure to send to 192.168.1.3 as above. The heartbeat message was <STX><ENQ><ETX>. I created a socket server similar to the Microsoft example here. I modified it be adding the following lines

On dropping the file in the file receive port it was sent to the MLLP adapter and then sent to the socket server as shown by the printout below. There is five bytes because the configured adapter is also adding an extra STX and ETX character the message.

This proves the a MLLP receive adapter can consume messages from a socket client and that a send MLLP adapter can send to a socket server.

…….but this is not the end for me. My application wants to be a socket client and for BizTalk to send a heartbeat when it will send an AC i.e.

BizTalk Server –>Message or heartbeat to the application

I think I will have to create a custom adapter to do this.

In summary for the basic case the MLLP adapter can be used instead of the Codeplex TCP/IP adapter or the Acme socket adapter.