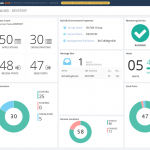 A new version of BizTalk360 has been released, version 8 which comes with a boatload of features and a complete overhaul of its user interface to provide an exceptional user experience. The product adopted a concept of widgets in the dashboard similar to the new Microsoft Azure portal. A BizTalk 360 user can now create and customize dashboards for different use cases.

The User Interface, Dashboards and Widgets.

In this post I will review a few of the new features and let’s kick off with the UI, which has improved dramatically. Intially BizTalk360 was a Silverlight application before it migrated to HTML 5. And in version 8.0 it has adjusted to what you experience on the Azure Portal and what you see with UI in devices. Below you see a customized dashboard with several widgets.

Figure 1. An example of my customized monitoring dashboard.

The end user has also the ability to create his own custom widgets via the settings page.

Picture 2. An example of creating a custom widget.

Furthermore the separation of monitoring and analytics is based upon audience targeting. An analyst or support engineer can interpret information of messaging and processes within a BizTalk Group from a different perspective as shown below demonstrating a customized dashboard.

Figure 3. An example of a customized analytics dashboard..

Another incredible addition are the API’s, which offer a tremendous amount of value to enterprise customers. It brings extreme extensibility for its end users and enables the for instance to pull information from several environments. The API’s (REST web services) are the core of the BizTalk360 capabilities and the BizTalk360 front-end uses them. And as a BizTalk360 end user you can leverage all of these API’s to have access to your BizTalk environment. In the setting menu under API Documentation you can find the descriptions of each API and operation. For instance if you select BizTalkApplicationService you can observe a list of operations belonging to it. Subsequently select one of the operations, Services.REST/BizTalkApplicationService.svc/GetOrchestrations, specify the environmentId and applicationName and hit “Try it out!”.

You can call the API’s from different machines, by setting the appropriate authorization in the user access policy. Calling the API operation from SoapUI will result in the same response as from BizTalk360 API Documentation.

The look-and-feel are similar when you publish an (Web) API configured with swagger documentation describing it.

Business Rules in a browser

Yet another new feature added to BizTalk360 is the rule engine capability of BizTalk Server i.e. the business rule and composer are accessible from a browser. You can view what type rules are deployed.

And one of the capabilities is that you as end user can compose new rules, edit or test them. Below you see an example of testing a deployed rule, which you can do in a browser!

The version of the business rules composer in BizTalk360 only supports pre-created vocabularies. Therefore, to ensure a smooth user experience, you need to create all the vocabularies you will require to develop or edit your rules in the BizTalk Business Rules Composer. In a nutshell follow the instructions on the BizTalk360 portal with regards to rules.

In an enormous environment various operation people perform various actions in a production or UAT environment, and it can be valuable means of real-time tracking of what happens. This new version of BizTalk360 offers live feeds and you view on the right side after click the icon (indicated in red in the picture below).

In BizTalk360 you can set alarms, which can result in an email being sent to you.

Figure 9. An example of email indicating a receive location is down. 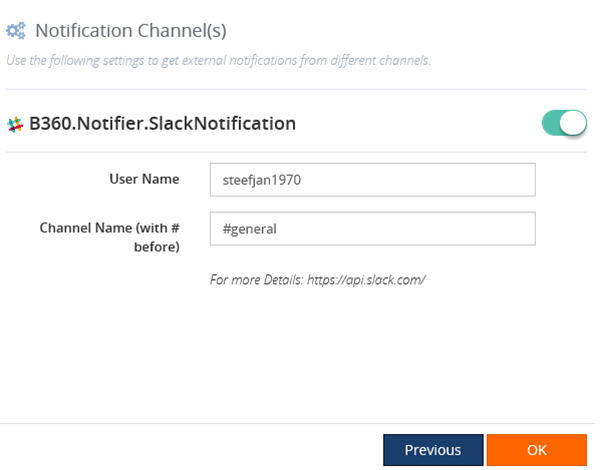 Figure 10. Enable the SlackNotification on a custom alarm.

Once you have set up Slack following the instructions on BizTalk360 UI and the alarm you will receive notifications in Slack.

The BizTalk360 team has worked intensely the last 12 months to bring this to the table. Not just the flexibility with widgets, yet also with the separation of monitoring and analytics, the 360 plus API’s on top of your BizTalk Group, live feeds, notifications and the rules engine. This product has definitely evolved to the next level. Expect the release of 8.0 to change the way BizTalk is being monitored!