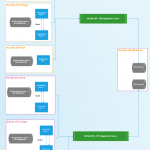 We also have BizTalk360 Installation guide to set up BizTalk360. This article is focused on the hardware requirements of Windows Server to install the BizTalk360 application.

In most organizations, BizTalk Groups are set up in at least 3 environments (Production, Staging, QA/Dev). Considering these configurations of BizTalk Groups, we are suggesting the BizTalk360 application servers hardware requirements with BizTalk360 Gold tier. Having the Gold tier, and not Platinum, means that you will not have the ability to use the BizTalk360 Analytics features, but this will also save you from needing additional resources which come along with the Platinum features. However, with the mentioned hardware requirements, we kept the possibility open for upgrading to the Platinum tier, without the need for additional hardware requirements. 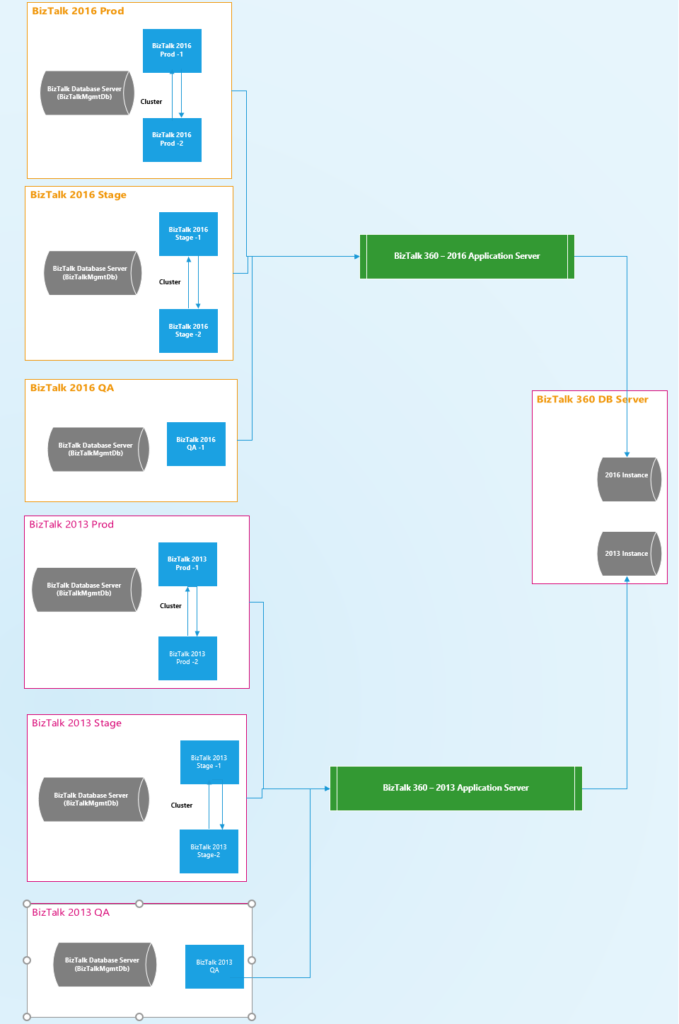 The system requirements to install BizTalk360 are considered to configure 3 BizTalk Groups in per BizTalk360 installation.

Why do we need these specifications?

In complex BizTalk environments, multiple BizTalk Servers and SQL Servers are configured. Based on these BizTalk Group configurations, we arrived at the BizTalk360 Application Server and BizTalk360 Database Server Configuration.

BizTalk360 collects Event Log Sources and Performance Metrics from BizTalk and SQL Server and stores that data into the BizTalk360 database. It also collects Tracking Data to determine the Message Patterns and Transmission Failure Rates.

The BizTalk360 Administrator makes sure the Data Purging Jobs are in healthy status to manage the growth of BizTalk360 database.

Many customers are configuring the BizTalk360 Monitoring Service and Analytics Service in high availability with Windows server cluster setup.  In this case, you need two BizTalk360 Application servers, with the configuration mentioned in the above table.

Users can manage the BizTalk360 Monitoring and Analytics services in the Settings -> BizTalk360 Health. Read this article to know more about BizTalk360 High Availability status.

Once all the setup and configurations are in place, it is a quick and seamless task to install/upgrade BizTalk360. The customer suggestion and feedback are always heard and addressed, which helps us to improve the product and provide better service.