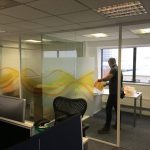 I noticed a pattern — as a product company our activities fall under few big buckets like product development, community activities, conferences, and culture. I’ve structured this post reflecting the major activities in 2017 based on these categories.

Writing this blog gives us the reality of what we have achieved as a team in 2017. Here is the top level summary

Community: We introduced the Middleware Friday initiative — an idea similar to the Integration Monday initiative that we have been organizing for the past 3 years to bring more value to the integration community. Middleware Friday episodes started off with Kent Weare bringing a video blog on specific integration focused concepts every Friday. Until September, Kent was running a single man show after which Steef-Jan Wiggers joined him and both started to deliver sessions alternatively every week. It’s been a perfect start for Middleware Friday in 2017 — 46 episodes with approximate 6500+ video views of the episodes.

Product update (ServiceBus360): We released an enhanced version of ServiceBus360 with a major overhaul to the pricing model and added new capabilities to the product such as the ability to send events to Azure Event Hubs, Governance and Audit capability, ability to edit and save entity properties, and enhancements to few existing features. You can check out the release notes here.

Community: On behalf of our TechMeet360 initiative, we organized a couple of events on Microsoft Integration Technologies at Coimbatore and Microsoft Azure Day in Gurgaon at Microsoft campus. We also covered the updates from the Azure Logic Apps team who came in live from Australia (Microsoft Ignite).

Product update (ServiceBus360): ServiceBus360 got few more new updates this month — a Home dashboard that displays the different namespaces and their configuration information, ability to perform CRUD operations on the Service Bus with more improvements to the existing features.

Community: As a part of TechMeet360, we organized a meetup to watch Microsoft Visual Studio 2017 launch in our Coimbatore office. This month the team also organized and executed the maiden Global Integration Bootcamp event across two locations – Bengaluru, India and London, United Kingdom. Both the locations had a good turnout attendance for this event.

Culture: This month we extended our UK office with extra space and complete redecoration with playing area for pool/table tennis and table football. 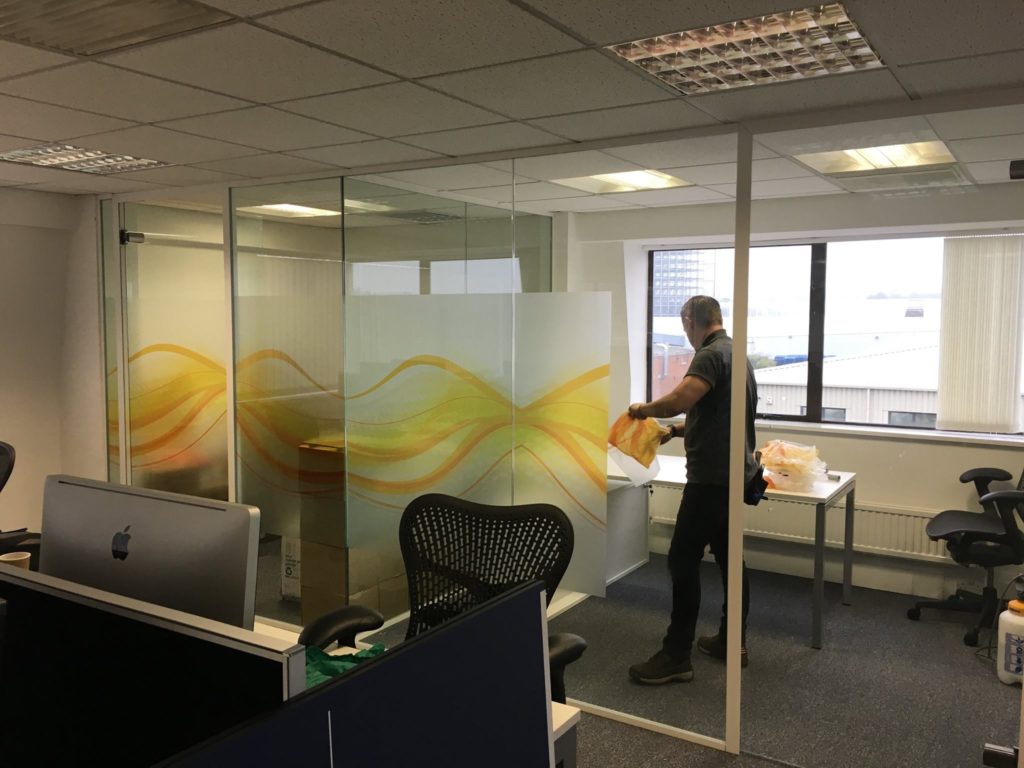 Community: Our team organized and executed the Global Azure Bootcamp event at a local college in Coimbatore. We had speakers from the Escalation team at Microsoft, Bangalore for this event. This gave a good chance for our BizTalk360 support staff to have an interaction with the Escalation team and understand how they take customer support and happiness as their top priority.

Product update (ServiceBus360): The feature set in ServiceBus360 also gradually increased with the capability to import namespaces entities from Service Bus Explorer, ability to resubmit dead-letter messages from Queues and topics and the relay endpoint monitoring capability. The ServiceBus360 team also got the opportunity to meet Paolo Salvatori at Microsoft, Bengaluru and discuss the road-map for the product.

Conference: This month saw the team from Kovai Limited (both India and UK) making their way to Antwerp, Belgium for the Techorama conference.

Community: We hit the 100 mark on Integration Monday — 100 sessions in about 30 months! This is quite an achievement from the team given that organizing a session every week is not an easy task. Finding the right speakers, slotting them on the calendar, accommodating last minute schedule changes, sending out newsletters for every week’s event and lot’s more, the team behind has been doing a fantastic job in keeping the integration community active under the Integration User Group banner. For the 100th episode, we wanted to make it really special — the team from the Microsoft Product Group at an open Q&A session with the community.

Conference: Our flagship annual conference INTEGRATE 2017, spanning across 3 full days, had a tremendous response with about 380+ attendees from 50+ countries around the world. We followed up the events with blog posts from all the three days. Here are the links to the articles, in case you missed it. Day 1 blog | Day 2 blog | Day 3 blog

Here’s a short video from our videographer Nigel Camp —

We also gave away the BizTalk360 Product Specialist and Partner of the Year awards (as with the previous years) during the event. The event finished off in great style, as we announced the US version of INTEGRATE 2017 in October.

Conference: July also saw our team from India and UK travel to Washington D.C. for the Microsoft Inspire event. We took a booth at Inspire 2017 to showcase our BizTalk360 and ServiceBus360 product offerings to potential Microsoft partner companies from all over the world. 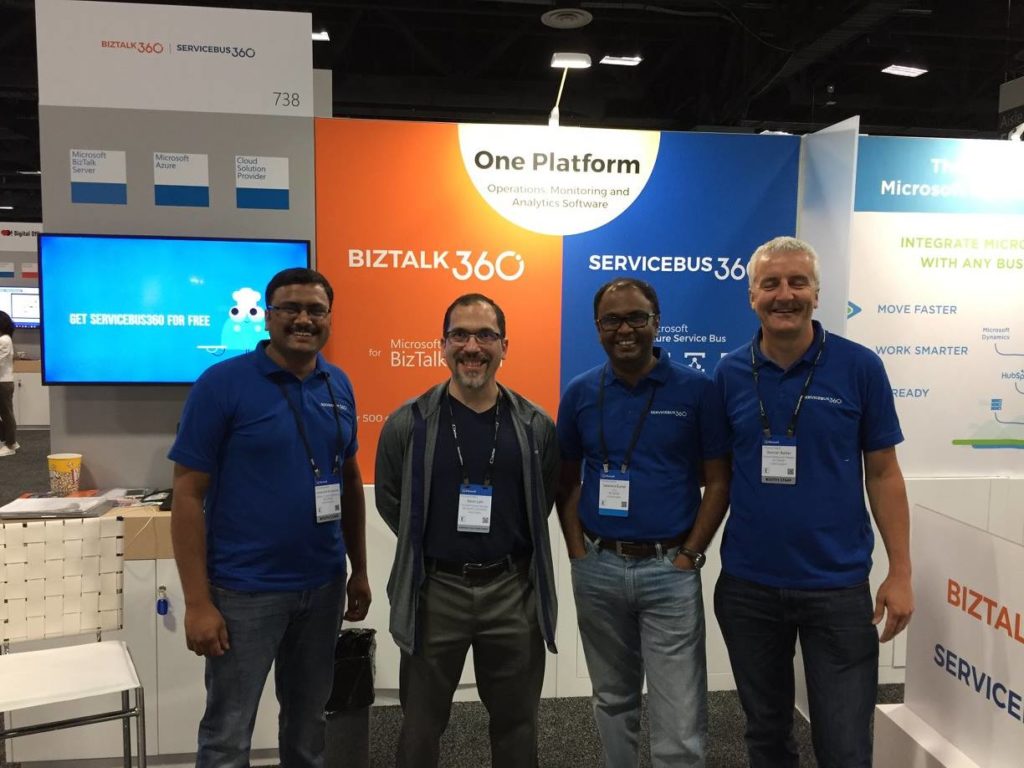 Community: As part of TechMeet360 initiative, we organized a workshop series on “Getting started with Azure” a Microsoft Technologies Roadshow along with Sri Eshwar College of Engineering. We established our collaboration with Sri Eshwar College of Engineering by setting up a Center of Excellence (CoE) lab that will benefit students to keep them up-to-date on Microsoft Technologies.

Hiring: After 2 days of the rigorous screening process, we were able to offer placement to 5 students from Sri Eshwar College of Engineering.

Culture: As an internal practice, we started conducting quarterly meet-up events to reward the best performers from every team. Being a small company, it’s very important to appreciate the hard work put in by each employee. 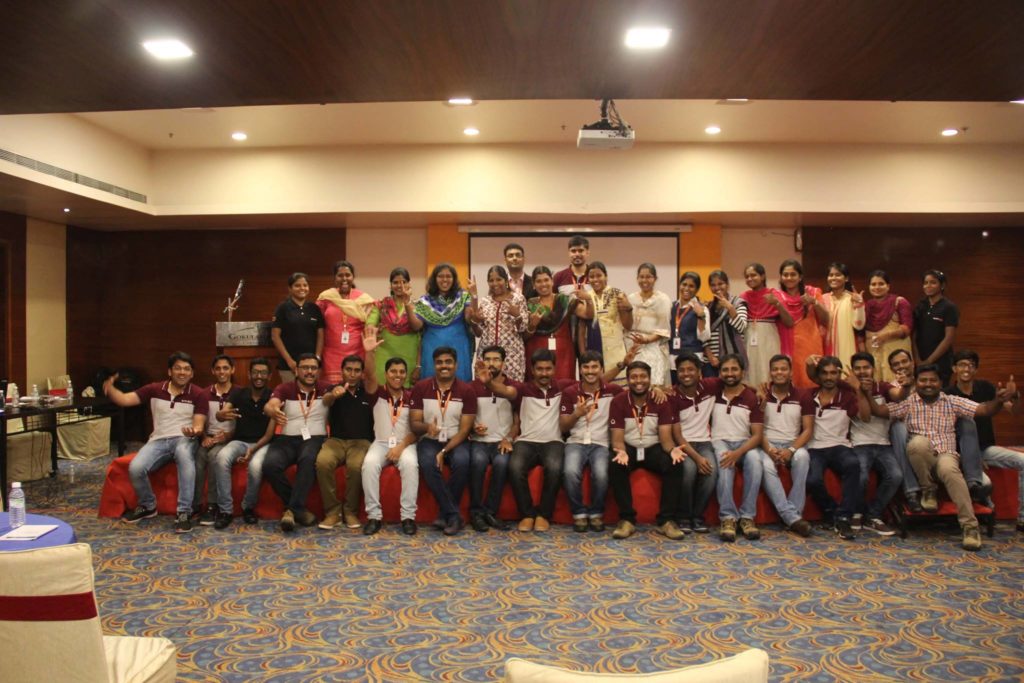 Product update (ServiceBus360): For ServiceBus360, this month was really special as we extended our customer base to 6 paid customers (3 new customers). The product started to gain traction in the market and we could definitely see the increase in numbers MoM.

Conference: Our team from India (about 6 employees) attended the Design Thinking Summit 2017 at IIM, Bengaluru as part of our learning and improvement program.

Community: We organized a joint webinar with NServiceBus team on the topic “Introducing messaging in your design should not hurt so much“. Saravana Kumar and Sean Feldman delivered the session talking about how you can introduce messaging effectively into your design.

On behalf of TechMeet360, we executed the Microsoft Azure Day event in Gurgaon. An additional feather in the cap moment — TechMeet360 was officially recognized as a community with Microsoft!

Product update (ServiceBus360): We added a couple of new features to ServiceBus360 — the ability to transfer the account ownership to a super user and a new Operations Management Suite (OMS) notification channel. We also engaged with an external firm to work on a Product Discovery Workshop (PDW) to come up with a brand new UI/UX for the ServiceBus360 portal.

I also wrote an article on LinkedIn about the challenges of managing a distributed cloud application and the future of ServiceBus360, the direction we were taking to make ServiceBus360 a better product in the market.

Culture: We had the quarterly meet for Q3  and in the second week of October. Mid October, about 20 people from our India and UK office traveled to Dubai for the company retreat to honour the efforts of our long-standing employees. It was 4-days of complete fun and frolic, and the team came together to have lots of fun! Here’s a short video of the moments from the trip —.

Conference: Immediately after the team retreat, our UK team flew across the pond to organize and execute the INTEGRATE 2017 USA event.  Scott Guthrie, Executive Vice President at Microsoft, presented the keynote on Day 1 at INTEGRATE 2017 USA event. In case you missed the event updates, you can read the recaps here Day 1 Blog | Day 2 Blog | Day 3 Blog 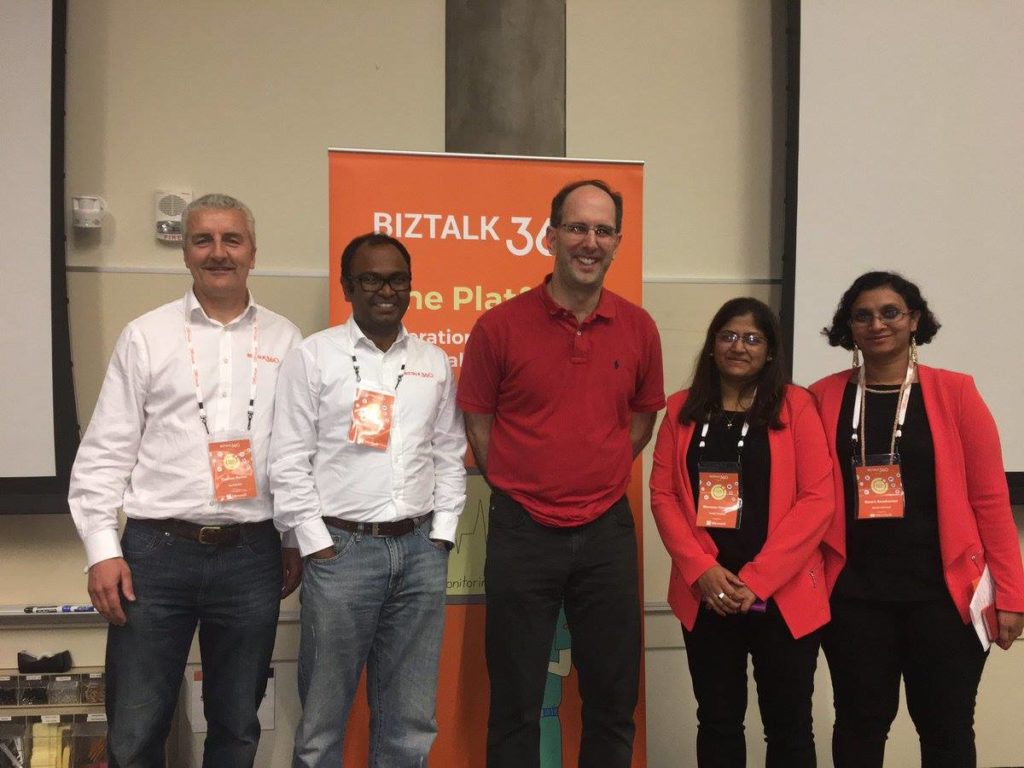 Product update (Atomic Scope):  At INTEGRATE 2017 USA, we made the announcement of our third product – Atomic Scope. Atomic Scope is an end to end Business Activity Tracking and Monitoring tool for hybrid integration solutions involving Microsoft BizTalk Server  & Azure Logic Apps. We started working with some of our partners as an early adapter, the product will hit the market in Jan 2018 (public beta and release).

November started off quite well, as for me personally, I was invited to Buckingham Palace as part of the Silicon Valley to UK program recognizing “50 scale-up CEO’s” in London (in a segment). 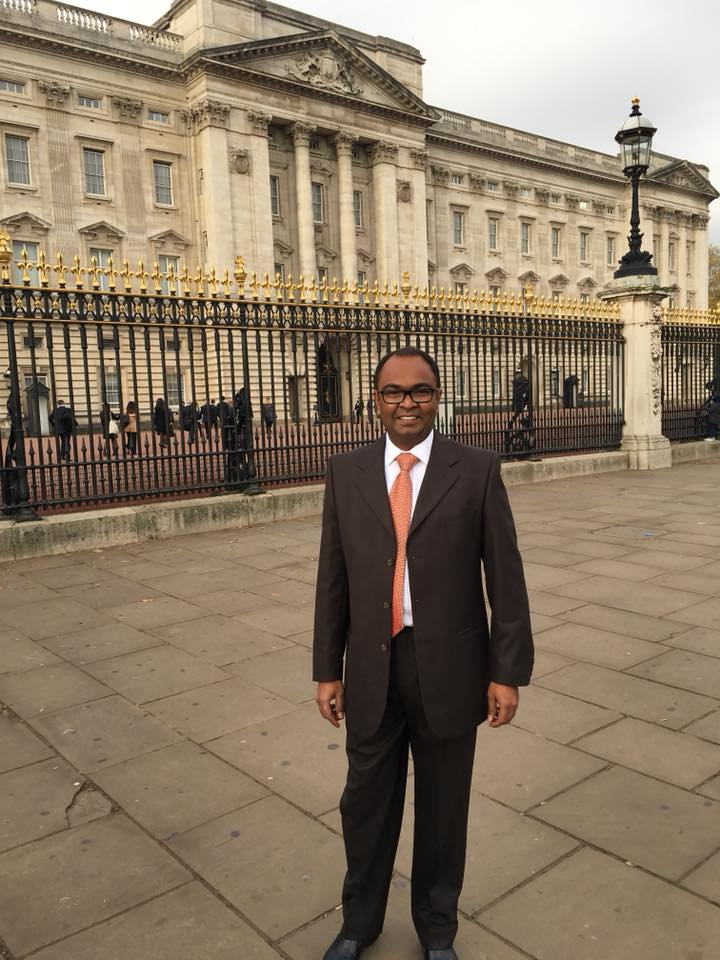 Product update (ServiceBus360): We launched a revamped version of the product (v2.0) with a revamped website as well with new capabilities such as Composite Applications, and bunch of new capabilities such as Management Stack (Azure Service Bus Queues, Topics, Relays, Event Hubs), enhancements to the existing user access policy to cater to the new composite applications concept, ability to repair and resubmit the messages back to queue or topic, and a revised pricing model.

Product update (Document360): I published an article on LinkedIn about my ambitious idea to build a product in 14 days. We decided to build Document360 (a SaaS product; a self-service knowledge base product for software projects and products) — our fourth product in a hackathon mode in December where we planned to bring the entire company together to work on a single mission — get a minimum viable product (MVP) in 14 days that can be taken to the market. I traveled to India to stay close to the team during the development phase.

So, what did we achieve in 14 days? To answer your question, I compiled this blog post giving a summary of our progress with Document360.

2017 has been fabulous for us at Kovai Limited — started off with 2  products (that are pretty much mainstream today) and 2 new products scheduled for GA in Q1 2018. We are continuing to invest in our mainstream products BizTalk360 and ServiceBus360, while at the same time increase the number of products that will solve specific user problems.

We already started planning for INTEGRATE 2018. The event venue is already secured; further announcements related to this event will follow shortly. We will get involved in Global Azure Bootcamp and Global Integration Bootcamp events similar to 2017, so keep a watch out for updates on these events. We have also sorted out the Integration Monday speaker line up for the first 2 months of 2018. We will continue ramping up India focused events like TechMeet360 to build awareness in Integration space.

Thank You! Wishing you a Prosperous New Year 2018

All of the above achievements by us over the last 12 months wouldn’t have been possible without the support from families, friends, employees, customers, and partners. I would like to thank everyone for the support and being a part of the successful journey. Wish you all a Happy and Prosperous New Year 2018!!!