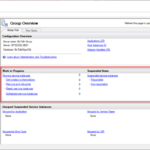 Well, here is how you do a simple SQL query to count the number of Resumable suspended service instances:

You need to run this script against BizTalkMsgBoxDB, and it will return the count of instances Suspended that can be resumable. Equal to what you see in the BizTalk Server Administration Console.