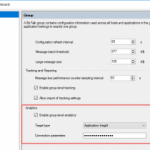 A feature pack is a release of new non-breaking features for the product. These are not bug fixes or anything like that (those are distributed quarterly through Cumulative Updates). These are brand-new features that extend the product in new ways and help customers get the most out of their BizTalk Server investment.

The product team has confirmed that other feature packs are in the works, but they have not publicly confirmed when we can expect them. In discussions I’ve had with Tord Glad Nordahl (a program manager at Microsoft and longtime lover of BizTalk Server), he said:

My takeaway is that the team’s goal is to offer real answers to problems that customers face in the timeliest manner possible.

I’m excited that the BizTalk Engineering team at Microsoft will be releasing new features on a more regular cadence. It’s awesome that they are building new features to address long-overlooked issues and not making us wait another 2 years to get our hands on them.

FP1 is available to customers with Software Assurance who are using the Developer or Enterprise editions of BizTalk Server 2016.

FP1 introduces some innovative new features to BizTalk Server and addresses some longstanding concerns that many customers have had. The new features break down into three categories.

Anyone who’s worked with BizTalk Server knows that the deployment/ALM story has left something to be desired. For years, the “official” deployment story has been to deploy applications using BizTalk MSI Packages. Although the BizTalk MSIs are pretty easy to use and they work well for simple applications, they tend to be inflexible and break with the complexities of a real application in the real world.

For example, to create a BizTalk MSI Package I have to deploy all my assets to the BizTalk Server Management database and then I can generate an MSI with those assets. It sounds easy and it is. The issue is that if I introduce a new assembly, or port, or anything at all, I have to add that new resource to the BizTalkMgmtDb and then generate a new MSI. In the modern world of DevOps and continuous integration/deployment, the standard MSI-based deployment is pretty cumbersome and most teams wanting to adopt those types of strategies need a different answer.

In the past, those teams have used community-designed tools such as the BizTalk Deployment Framework to automate building an MSI from source code repositories (like most modern ALM solutions) and therefore eliminating the need to deploy to a BizTalk Server system to create the deployment package. Feature Pack 1 for BizTalk Server 2016 introduces two new features that will serve as a foundation for more sophisticated deployment strategies in the future (which my inside sources at Microsoft have confirmed are coming in later feature packs).

The tracking capabilities in BizTalk Server are extensive, but the configuration is often unintuitive, and no one likes digging through the BizTalkDTADb for the instance data they need.

If I’m being completely honest, the two features in this runtime category weren’t really on my radar at all until Tord Glad Nordahl stopped by one of my classes last month and discussed them with the students. But now that I’ve seen them, I’m excited for the potential and happy that customers with these requirements are getting some much needed love.

As always, the QuickLearn Training team is already looking for the best ways to incorporate these new features into our courses, but until we do you should grab the Feature Pack for yourself and give these new features a spin for yourself. While you’re at it go to the BizTalk Server User Voice page and vote for the features that you’d like to see in the next feature pack, or if you have an original idea for a feature add it there and see how love it gets.