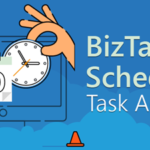 Once again, after many requests and many postponements, due to my unavailability and free time to take these tasks, BizTalk Scheduled Task Adapter is finally officially available and optimized for BizTalk Server 2020 on GitHub!

The BizTalk Scheduled Task Adapter is an in-process receive adapter that executes a prescribed task on a daily, weekly or monthly schedule. The adapter is configured entirely within BizTalk, all configurations are stored within the SSODB and can be exported and imported via binding files.

The schedule capabilities are similar to those available with the Windows Scheduled Task Service.

Custom tasks can be created. Any .NET class that implements the appropriate interface can be scheduled.

You can download this “new” version of the adapter in BizTalk Scheduled Task Adapter from GitHub:

Please feel free to use the adapter, and If you find any problems or bugs, please open an issue on the adapter GitHub site: https://github.com/sandroasp/BizTalk-Scheduled-Task-Adapter and help evolve this community adapter. You can also suggest new features, and I am also open to new ideas..