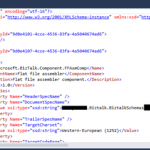 In the sequence of one of my last blog posts, I notice that in the same project also while trying to open a BizTalk pipeline inside Visual Studio, again, normally a simple and easy double-click operation to open this time the BizTalk Pipeline Editor, the resource didn’t open with the correct editor: BizTalk Pipeline Editor, instead, it opened with the XML (Text) Editor 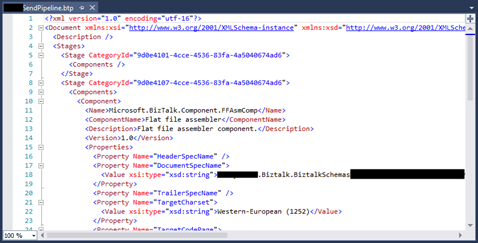 I’m used to seeing this behavior ins orchestration but it is the first time, that I can remember, to see the same happening with pipelines. Again, this has a quick workaround but it becomes annoying after a few times.

Well, again and similar to the orchestrations, I don’t know exactly what can cause this problem but I suspect that this behavior happens more often when we migrate projects, or when we try to open previous BizTalk Server versions projects in recent versions of Visual Studio, special if we skip one or more versions, for example: from BizTalk Server 2010 to 2013 R2.

And may happen because of different configurations inside the structure of the “<BizTalk>.btproj” file.

The cause of this strange behavior is without a doubt related to a mismatched setting inside the structure of the “<BizTalk>.btproj” file in the Pipeline nodes (each pipeline inside your project will reflect one Pipeline node specifying the name of the file, type name, and namespace. Normally it has this aspect in recent versions of BizTalk Server:

But sometimes we will find an additional element:

When the SubType element is present, this strange behavior of automatically open the pipeline with the XML (Text) Editor.

First, once again let’s describe the easy workaround for this annoying problem/behavior: 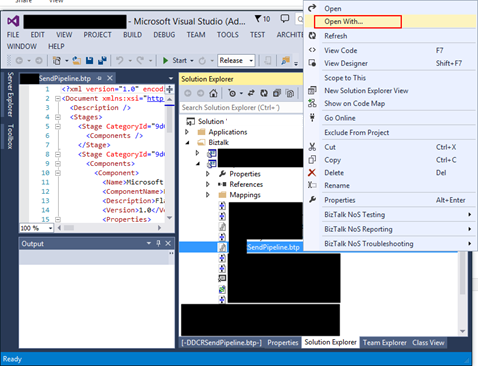 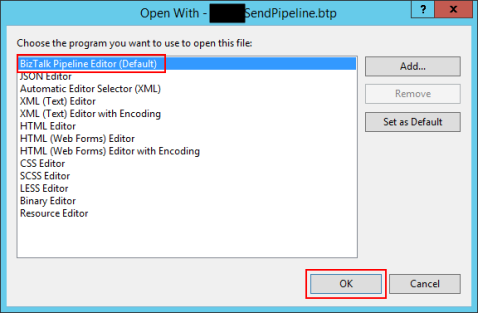 Similar to the orchestration behavior, force to “Set as Default” inside the “Open with …” window:

It will not solve the problem, once again, if you notice in the picture above it is actually already configured as the default viewer.

So, to actually solve once and for all this annoying behavior, once again you need to adjust the configurations inside the btproj file, by:

If you then try to open the pipeline it will now open with the BizTalk Pipeline Editor.

Sandro Pereira lives in Portugal and works as a consultant at DevScope. In the past years, he has been working on implementing Integration scenarios both on-premises and cloud for various clients, each with different scenarios from a technical point of view, size, and criticality, using Microsoft Azure, Microsoft BizTalk Server and different technologies like AS2, EDI, RosettaNet, SAP, TIBCO etc.

He is a regular blogger, international speaker, and technical reviewer of several BizTalk books all focused on Integration. He is also the author of the book “BizTalk Mapping Patterns & Best Practices”. He has been awarded MVP since 2011 for his contributions to the integration community.

View all posts by Sandro Pereira