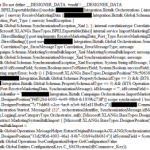 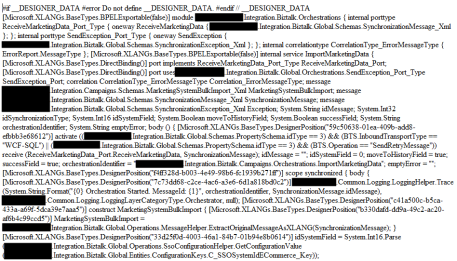 This behavior is happening to me a lot these last days. At first, I simply didn’t care because I know how to quickly workaround it, after a few times it just becomes annoying, after a few days and several orchestrations and different projects I got intrigued an entered in “Sherlock Holmes” mode.

Well, I don’t know exactly what can cause this problem but I suspect that this behavior happens more often when we migrate projects, or when we try to open previous BizTalk Server versions projects in recent versions of Visual Studio, special if we skip one or more versions, for example: from BizTalk Server 2010 to 2013 R2.

And may happen because of different configurations inside the structure of the “<BizTalk>.btproj” file.

The cause of this strange behavior, is without a doubt related with a mismatch setting inside the structure of the “<BizTalk>.btproj” file in the XLang nodes (each orchestration inside your project will reflect to one XLang node specifying the name of the file, type name and namespace. Normally it has this aspect in recent versions of BizTalk Server:

But sometimes we will find an additional element:

When the SubType element is present, this strange behavior of automatically open the orchestration with the XML (Text) Editor.

First, let’s describe the easy workaround to this annoying problem: 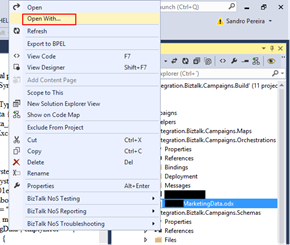 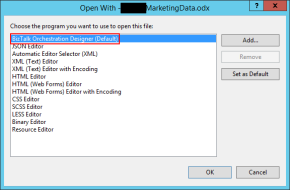 You may think that inside the “Open with …” window if we:

It will solve the problem, but you are wrong, actually, if you notice in the picture above it is already configured as the default viewer.

So, to actually solve once and for all this annoying behavior you need to:

If you then try to open the orchestration it will open with the BizTalk Orchestration Designer.