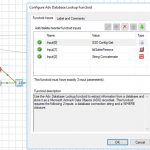 Happy to announce that today I decided to publish another release on my Mapper Extensions UtilityPack project. This time I decided to release 2 new BizTalk Database Functoids:

Basically, they have the same functionality as the default Database Lookup Functoid and Value Extractor Functoid but they have a slightly different implementation.

Unlike the default Database Lookup Functoid that have 4 input parameters

The limitation of this Functoid is that you cannot have multiple conditions, like WHERE SalesPersonID = “A” and System = “B” because of the nature of how this functoid was created

The Adv Database Lookup Functoid have the goal to suppress this limitation, it will allow 3 inputs:

In the where condition you will be able to set all the conditions you want, including a combination of AND’s and OR’s.

Use the Adv Database Lookup functoid to extract information from a database and store it as a Microsoft ActiveX Data Objects (ADO) recordset.

The output of the functoid will be an ADO recordset. 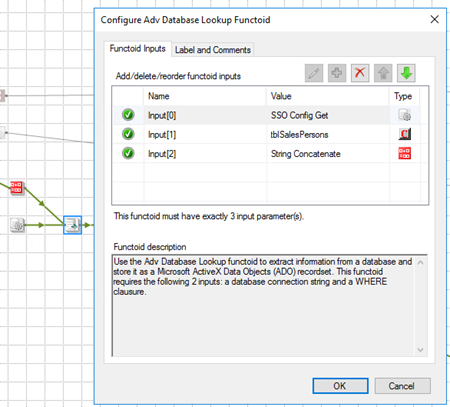 The output of the functoid will be the value of that column on the database table. 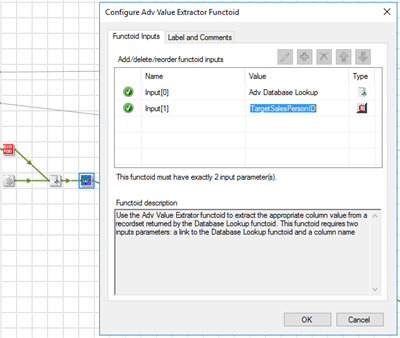 BizTalk Mapper Extensions UtilityPack is a set of libraries with several useful functoids to include and use it in a map, which will provide an extension of BizTalk Mapper capabilities.

You can download this functoid along with all the existing one on the BizTalk Mapper Extensions UtilityPack  here: