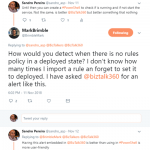 After a tweet exchange with Mark Brimble a fellow “BizTalker” that I respect and admire, I realized that I had developed a PowerShell script some time ago to monitoring BRE Policies that could help him solve his problem. The initial question or need he was facing was: 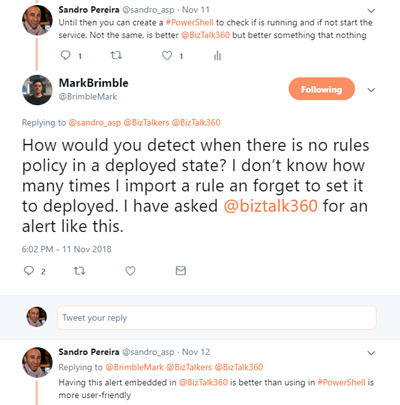 This is a common problem, and to be honest, I sometimes forget what is the correct state of a policy: Deployed or Published. (the correct answer is Deployed). And unfortunately, there isn’t a simple solution to solve this need and the solutions that I found was:

Using BizTalkFactory PowerShell Provider is quite simple, but it has some limitations for what I would like to archive, for example, it only shows the policies that are bound to a particular BizTalk Application. 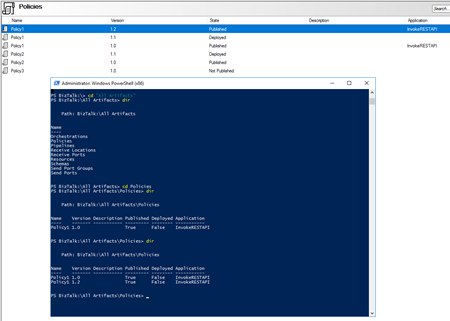 And I would like to know and have visibility to all of them because you don’t need to bind a policy to a BizTalk Application on the BizTalk Administration Console to use that policy.

And for that reason, I decide to create my own monitor script that I can easily change and optimize for my scenarios.

The problem I faced in the past was in fact quite similar to what Mark Brimble was describing, maybe with some small differences but the end goal is the same, so I decide to help him (at least try) and publish this PowerShell script.

The purpose of this PowerShell script is to:

So how can PowerShell help us?

With this script, you can be able to monitor your BizTalk Server BRE Policies, highest versions, that aren’t in the deployed state. Only if the script finds any non-compliance, an email notification will be sent. 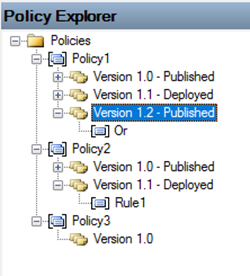 The result will be a notification that includes two warnings:

This script is a combination of a PowerShell script and a SQL Server Script that allows you to set:

The following Windows PowerShell script is a fragment that will help us demonstrate the monitoring capabilities:

Here is example expected report output from running the Windows PowerShell script sample, if any of the BRE Policies are in an unwanted state. 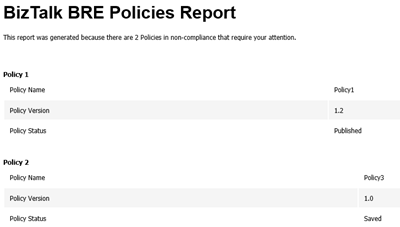 Note: This type of script must be viewed as a complement to the tools mentioned above or used in the absence of them. The script should also be adjusted to your needs.

THIS POWERSHELL & SQL SCRIPT ARE PROVIDED “AS IS”, WITHOUT WARRANTY OF ANY KIND.

Special thanks to my coworker José Barbosa for helping me optimize the SQL Server script!

The script can be found and download on Microsoft TechNet Gallery: