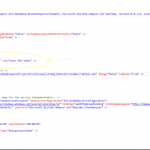 Many people have written about Azure Service Bus Relays in the past and a summary can be found here. Dan Rosanova recently tweeted “….We’re trying to discourage ACS for security. SAS is our preferred model.”. The ACS security pattern is described here and the SAS pattern is described here. This article attempts to summarise BizTalk adapter support for using SAS tokens.

Most BizTalk Server examples use ACS tokens rather than SAS tokens, probably because the BizTalk Adapters only allowed configuration with ACS tokens when service bus relays were first released with BizTalk 2013. BizTalk 2013 R2 has limited support for configuration of SAS tokens and most adapters only allow use of ACS tokens out of the box (OOTB). If you want to use a SAS token you have to be very inventive. I hope that BizTalk vNext will add SAS token support for all WCF adapters.