by Sandro Pereira | May 10, 2021 | BizTalk Community Blogs via Syndication

There was a big buzz this weekend regarding the release of a new Azure Logo by Microsoft. The new Azure icon represents the unity of Azure within the larger Microsoft family of product icons. It’s part of Microsoft’s Fluent Design System, carefully crafted to produce icons that look familiar to what customers know and love, while representing the agile future of our business.

I usually don’t update my stencils only because of a new icon. Still, this time I made an exception, and I updated my package with this new Azure icon (thanks, Tiago Costa, for providing me the resource). I also toked this opportunity to add also a previous request: the new Dataverse icon. 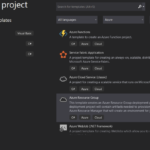 by Pedro Almeida | May 10, 2021 | BizTalk Community Blogs via Syndication

Continuous Integration/Continuous Delivery is a development practice that enables you to accelerate your deployments and delivery time to the customer, by reliably releasing software at any time and without manual intervention.

For this post series, I will explain how to enable this practice, oriented to Logic Apps and Azure Pipelines.

We will start by Building the Logic App, using Visual Studio. I will not approach Logic Apps Preview, because since it’s still a preview feature, many changes can happen and render all this useless.

As you may know, to create Logic Apps in Visual Studio, there are a few requirements, such as:

After you have all this installed, you can begin to create and let your creativity flow!

We’ll start from scratch. Open you VS and start a new Project, by selecting the Azure Resource Group C# template and the Logic App template after that.

You will end with a new Project, and Solution if it’s the case, with 3 files. The PowerShell file is the deployment script that VS uses to automate the ARM deployment. Only in a special case do you need to fiddle with this file.

The other two files are the Logic App code and the Parameters file. You will need to create a new one, to be used as a Template for the Azure Pipeline. So go ahead and copy the Parameters file and change the name to LogicApp.parameters.template.json .

This Parameters Template file will contain our Tokens, which will be replaced in the Pipeline using the “Replace Tokens” Task. In the coming posts, I will explain how it works and why we’re using it.

For the sake of simplicity, I’ll just use the Service Bus connector, where depending on the input, I’ll send a message to the Queue with the provided information.

After creating the connection, you will see that, in the back code, several parameters and a Resource node were created as well, that contain the link and inputs for this connection.

Even when working in a single Resource Group, it is a good practice to prepare this for CI CD, because even though it’s static, connections change and instead of having to re-do all of it, you just need to re-deploy the pipeline with the new configurations.

We will not be making any changes to the Resource node, but to the action path and parameters. This will define that instead of having a fixed value, it will point to the parameter itselft, making it possible to have an ARM parameter configurable in the Pipeline. 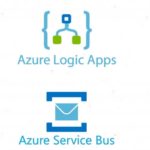 by Gautam | May 3, 2021 | BizTalk Community Blogs via Syndication 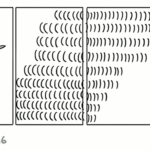 by Pedro Almeida | May 3, 2021 | BizTalk Community Blogs via Syndication

While dwelling in my thoughts, a memory came to my mind. In my college time, I was present a challenge to make a recursive Fibonacci algorithm, in LISP without using Loops.

This was a challenge, because as you may know…

(these are probably my favorite programming comics)

But this gave me the idea of testing this concept in Logic Apps.

I’ve built a fairly simple LA just to test and with minimal inputs.

Before I could add the recursive connection to the Logic App, I had to deploy it first, because you can only call  a LA or a Function if it’s already provisioned.

So, I’ve added the action after deployment, saved and tried to deploy again, and this came up:

This means that Logic Apps, by default, do not support recursive calls.

But I’m stubborn and I don’t give up easily. So, what would be the best way to call a LA knowing that I’d have to treat it like an external API?…

We already have the URL, because we deployed it before, so there’s nothing stopping us from doing this.

No objections this time, so let’s test!

TA-DAAA! How easy was that? In my case, I’ve used a simple counter to add and loop, but you can use any other condition to recursively loop through your logic, for example until a SQL record is updated.

You can add delays to ensure that you won’t be making calls every second, or delay until a specific time. The possibilities are endless.