Pfew, I took me months to get him convinced, but finally it happened: another U2U colleague has started to blog: Kevin DeRudder! Kevin is working on ASP.NET, AJAX, … and recently was rehabilitated to the SharePoint religion as well! 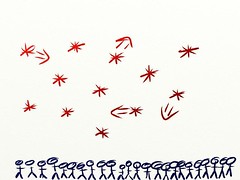 I’m on the train thinking about this ticket buying system.

I mentioned today that the experience of buying tickets was the “worst” user experience which I’m sure leads to excess traffic which in turn leads to the web site falling over and a bunch of people being extremely unhappy.

More demand than supply, no ability to queue for tickets in the traditional sense. No indication of ticket volume or availability.

“I call it the lolly scramble approach.”

4. Invite everyone into a “room” just before the tickets go on sale.

S. Drop the tickets in move them around the screen and have people “try” and click on a ticket. Hell even have more crowded rooms for people wanting to buy a bundle of multiple tickets.

6. Once the tickets have all been clicked game over and everyone would have had a shot of buying some.

This system would be easy to build in .Net with a WPF/E or flash UI.

Is no one thinking about this stuff?

If you’re interested in using RSS to do more than simply publishing your blog, like
taking advantage of it to integrate your applications, then you ought to take
a look at /n
software‘s RSSBus platform,
which recently reached Beta 4. It’s a really cool piece of technology with
lots of connectors and the best part is that extending it is incredibly easy.

Basically, RSSBus provides a way to create connectors that generate RSS feeds with
whatever you like (from bringing in a real RSS feed from another site, to keeping
track of the most recently updated customer contacts in your CRM), and then provides
a simple scripting language that allows you to manipulate those feeds in whatever
way you like. The introduction
whitepaper tells it best, so go check it out.

And speaking of BizTalk adapters, it’s worth noting as well that /n
software released back in October Version 2.0 of their BizTalk
Server Adapter Suite, which includes AS2, Secure FTP (SFTP and FTPS), RSS, SSH,
Secure SMTP/POP/IMAP, SMPP, SNPP, XMPP adapters and more. Lots of good stuff here.
Somehow I had missed on reporting this one!

Jesus on BTS06R2 and Metadata Generation for WCF Adapters

Jes%u00fas
Rodriguez continues his excellent series of posts on the new features of the .NET
3.0 Adapter Framework (aka WCF adapter framework) included in BizTalk server 2006.
This time, he covers some of the facilities available for generating
metadata in Line of Business (LOB) adapters like SAP or SQL Server. Worth a look.

The new metadata generation is one of the areas that present significant differences between the .NET 3.0 and BizTalk adapter frameworks. In a previous post I covered some of those differences from a conceptual standpoint. Ultimately, those differences…(read more)

I knew the visa pre-sale for Red Hot Chili Pepper tickets would be popular but this is ridiculous!

I started at http://www.visaentertainment.co.nz I got to the site http://www.ticketmaster.co.nz/promo/wbismv the site became unresponsive at 9am when tickets went on sale.

The form let you purchase upto 50 tickets in one go!

There was no indication of how many tickets were for sale and when they had sold out!

After responding to the “cryptic code” to stop robots buying tickets I got this friendly message. 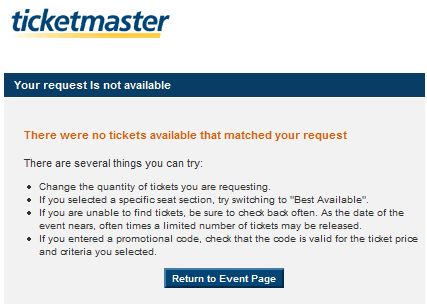 I proceeded to try every combination of tickets for every seating option to find the same result in all.

Good to see there were actually some tickets… they turned up on Trade Me at $600 each. 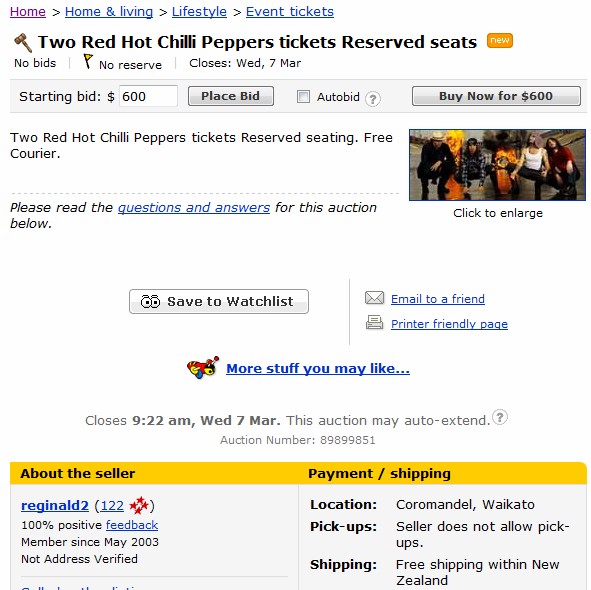 Failed while creating a B2BOrchestrations.B2BProcess service

I received the following error in the group hub while testing the solution build in Microsoft tutorial 3, lesson 3: “Failed while creating a B2BOrchestrations.B2BProcess service”
After 30 minutes I finally found the solution. BizTalk does not refresh the new deployment automatically. You should first restart the BizTalkServerApplication Host instance from the “Platform Settings – Host Instances” node in the BizTalk Server 2006 Administration Console.

If that did not do the trick, you can also try to remove the orchestration from the GAC, redeploy it and then refresh the BizTalkServerApplication Host instance.

There are software tools for just about anything these days. One class of tools lets users like you and me convert a CHM into other formats including, not surprisingly, PDF. Sure, you could grab a copy of most of the BizTalk Server 2006 documentation…(read more)

Get it while it’s hot folks – some very nice tips in there.

Our newest addition, Emma Teresa, arrived last Thursday without complications thankfully. She’s a beautiful little girl who keeps bringing smiles to our faces. We want to thank everyone who has reached out for your support and concern — it means a lot to us.